The price of Israel’s main food staple – bread – is expected to rise by 20 percent this coming Sunday.

Economy and Industry Minister Orna Barbivai gave consumers the bad news in an announcement on Wednesday blaming an increase in the global price of wheat and flour due to Russia’s invasion of Ukraine — one of the world’s main exporters of grain.

“I call on merchants to consider a partial increase in bread prices out of respect for consumers,” Barbivai urged. She said at the same time that she has asked officials to “continue to monitor world wheat and flour prices. As the prices of raw materials become cheaper, I will require the Price Committee to reduce the price of bread,” she promised.

Israel’s Largest Bakery Announces Price Hike – Along with Others

The largest bakery in the country – Angel Bakery – had already informed retail chains earlier this week that the price of its unregulated bread would be increased by 8 to 12 percent.

The price of other dairy products ranging from Eshel (4.5% fat) to hard cheese likewise was increased, as was the price of salt.

The Electricity Authority is likewise projected to raise the price of electricity next month by an expected 10 percent, if not more.

The price of gasoline also rose in July for the fourth time since January. 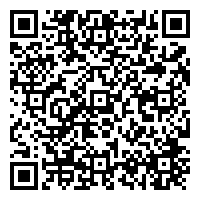