Ptil Tekhelet is running its first ever fundraising campaign. The Jewish Press took this opportunity to speak with the CEO, Dr. Baruch Sterman to learn what Ptil Tekhelet is all about and why they are raising funds.

JP: Why have you embarked on this campaign? We thought that you just manufacture and sell Tekhelet strings?


BS: It is true that we are the only factory in the world devoted to mass producing Tekhelet strings from the Murex trunculus snail. We are always working on improving efficiency and keeping up with the growing demand for Tekhelet, while trying to keep the price of the strings down.

But another equally important goal is education.

Although many people have started wearing Tekhelet, the vast majority of Jews still do not. The main reason for this is because people don’t know about Tekhelet. They don’t know it has been rediscovered, or they don’t think it is being taken seriously by the halachic community. We put out books, pamphlets – like a daf yomi companion for Perek Hatechelet in Menachot – and have a website with a tremendous amount of information, but the most effective of all our programs is the visit to our factory and the tour we give. Everyone who comes through that program walks away with a better appreciation for the incredible mitzvah of Tekhelet.

Not everyone chooses to wear it, but the story of Tekhelet’s loss and rediscovery is uplifting and inspiring.

So this campaign will raise funds to expand our educational center including building a mobile version to take to communities across Israel and the US. Funds will also go to continue our subsidies for soldiers and yeshiva students, classes, lectures, and publications.

JP: Even so, there are many charities and worthy causes out there. Why donate to Ptil Tekhelet?

Interestingly, the one mitzvah that takes precedence over almost all others is a Met Mitzvah. Even the Kohen Gadol on his way to the Bet Hamikdash, must stop and take care of a dead body who has no one to take care of its burial. I think it was the Chafetz Chaim who first used this as metaphor, playing on the words, to apply to a mitzvah that was itself, so to speak, dead. He felt keeping such a mitzvah took on the greatest urgency.

There is no greater example of a Met Mitzvah than Tekhelet. For 1300 years it was lost to Am Yisrael. This beautiful mitzvah that we read about every day in the Shema, and about which the Gemara says “This mitzvah is equal in import to all the other mitzvot combined”, was taken away from us due to oppression and exile. Our generation has been granted the incredible blessing of having it given back to us. Am Yisrael needs to know that! It incumbent upon all of us to make sure that the mitzvah of Tekhelet never gets lost again.

JP: But not everyone agrees. There are those that disagree with wearing Tekhelet today. Is that correct?

What is interesting is that the support for Tekhelet crosses lines and can be found in virtually every community.

These are first rate and serious poskim who take Tekhelet seriously, I know that many of them spent months if not years researching the issue before deciding to wear Tekhelet.

JP: Tell us about you. You are a physicist, founder of high-tech companies How does Tekhelet fit into that?

BS: I got involved with Tekhelet pretty much by accident.

Rav Eliyahu Tavger, the first to actually produce a Tekhelet string in more than a thousand years, was looking for scuba divers to help him catch the snails. Joel Guberman, Dr. Ari Greenspan and I offered our help and that is how we all got involved and founded Ptil Tekhelet.

Throughout my career in high-tech, I was always working part-time on Tekhelet. My wife and I wrote The Rarest Blue, which won the Jewish Journal book of the year award. About 2 years ago, I decided that what was really important in my life was not another technology accomplishment, but rather Tekhelet. So I left high-tech to work on Tekhelet full time, focusing primarily on education. But I believe my background and experience in technology is a major benefit.

For example, we developed a virtual reality experience where people are transported underwater to see how we catch the murex snails. The goal is to teach principles found in the Gemara relating to the chillazon sea snail like “its body is similar to the sea” or how the concept of “trapping” on shabbat applies to catching the snails. At the end of the program, people enter an underwater world where they have two minutes to find as many snails as they can. When we began this project I met with the developers who didn’t understand how to program this. I was able to help them based on my background.

I think that this is a great example of what we hope to do with the Educational Center. We will teach information and ideas in a fun way, taking advantage of technology in order to inspire our visitors – students, families, tourists – anyone and everyone in an attempt to make Tekhelet something relevant.

We believe that the Tekhelet experience will serve to make our history, our Torah and mitzvot more accessible, more appealing and exciting. After being lost for such a long time, Tekhelet deserves our attention, and our love. 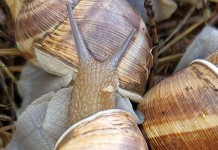 It’s Raining So the Hermon Snail Went for a Walk 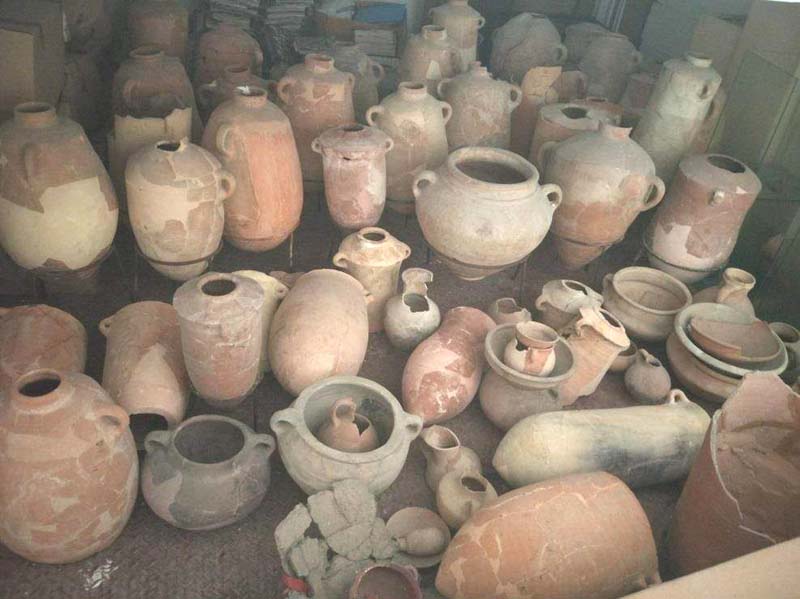 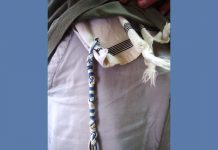 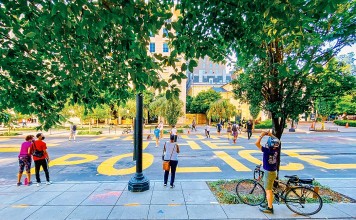 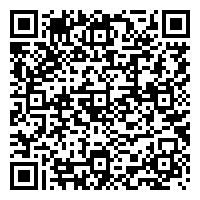