PLEASE NOTE TWO UPDATES AT THE END OF THIS ARTICLE

Dozens of members of the U.S. House of Representatives are busily circulating a request to their colleagues, asking them to sign on to a letter to the leadership of the American Studies Association. That letter condemns the ASA for singling out Israel as the focus of its wrath and for instituting an academic boycott of the Jewish State.


The bi-partisan letter, written and signed by two Democrats and two Republicans, is addressed to Prof. Curtis Marez, current president of the ASA. Marez is a member of the ethnic studies department at the University of California, San Diego.

Marez was famously caught by surprise when a reporter asked him why the ASA was singling out Israel, when there are so many other countries involved in far more serious allegations of human rights abuses. Perhaps the questioner was picturing some countries where the very lives of academics are endangered simply for their thoughts or writings. Oh, places like China, North Korea, Russia, Iran and Saudi Arabia spring quickly to mind.

But Marez simply answered: “We have to start somewhere.” Right.

The letter itself is strong and unquivocal. It starts out by informing the ASA that the congressional members – as of the time this article was written, representatives from 17 states had already affixed their names – “write in strong opposition” to the ASA’s decision “to blacklist Israeli academic institutions for Israeli government policies with which the ASA disagrees represents a blatant disregard for academic freedom.”

The congressional letter not only condemns the ASA’s boycott of Israel on the grounds of academic freedom, it also denounces it for singling out a single country – Israel, the only Jewish state – for punishment by the ASA when there are so many states engaging in brutal repression of its citizens, including its students and academics, yet about which the ASA remains silent.

Even more concerning is the singular targeting of Israel for boycott. Like all democracies, Israel is not perfect. But to single out Israel, while leaving relationships with universities in autocratic and repressive countries intact, suggests thinly-veiled bigotry and bias against the Jewish State. This morally dishonest double standard has already been rejected by well over 100 university presidents, with several member universities even withdrawing from the organization in protest.

William A. Jacobson, a professor at Cornell Law School, wrote about the congressional letter at Legal Insurrection.  Jacobson said that the members of congress intended to send the letter once they obtained approximately 50 signatures, evenly divided between Democrats and Republicans.

In an email to The Jewish Press, Jacobson explained that those taking the lead on the ASA letter intend to gain as many signatures as possible. He also noted that people were signing on very quickly, “they gained six more names in the space of one-half hour as I was communicating with them.”

“It is not surprising that Congress has taken note given the discriminatory and factually baseless nature of the boycott,” Jacobson wrote. “We will see if Congress takes any action beyond a denunciation.”

Within hours of the letter being circulated, 32 additional members of congress asked to have their names included on the letter.

As of the time this article was published, the signatories included: 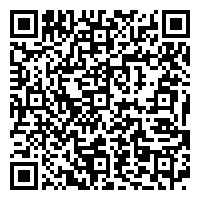