Supreme Court Justice Hanan Meltzer has issued an injunction on Monday against the Efrat council, forbidding it to demolish caravans, or disconnect the water and electricity of the dwellers on Dagan hill.

For many years, the municipal council of Efrat, an Israeli community established in 1983 in the Judean Mountains, some 15 miles south-west of Jerusalem, maintained a small neighborhood of caravans on Dagan hill, where a new neighborhood was being planned. The idea was to keep the area continuously inhabited, until the final necessary approvals arrived and the Israeli government at last let the first shovel hit the ground. Now that those near-miraculous things have happened in Israel’s unbelievably red-taped bureaucracy and settlement freezes, the council has reportedly begun to take steps to remove those no longer needed dwellers, to make room for the designated housing.


In recent days, the local council has reportedly begun to disconnect the electricity and water service to the hill area, and informed the caravan residents in the name of the Efrat council head that the council intends to demolish their caravan homes.

Attorney Itamar Ben-Gvir, who represents the caravan residents, petitioned Justice Meltzer for an injunction ordering the Efrat council not to demolish the caravans on Dagan Hill and not to disconnect their water and other infrastructure provisions.

The dwellers argued, through their attorney, against the plan to evict them, saying the council is treating them in the spirit of [the play by Friedrich Schiller (1759 –1805) “Fiesco’s Conspiracy at Genoa”): “Der Mohr hat seine Schuldigkeit getan, der Mohr kann gehen,” or: “The Moor has done his duty, the Moor can go.” Except they used the Israeli version, “Hakushi Asa et sh’elo, hakushi yakhol la’lekhet.”

In other words, when they were needed to fulfill the call to Zionist liberation of ancestral lands — when no one in their right mind would do it — they were heroes. But as soon as the permits had arrived, they became the target of official harassment and broken promises, as the council just wants them out without any offer of a substitute dwelling.

The Efrat Local Council issued the following statement in response: “Contrary to what is implied by the application filed [with the high court], the vast majority of the petitioners, young couples who used to live for a few years in caravans on Dagan hill have responded to the imperative and with the help of the council have indeed vacated the site. Until recently, only two families have been living at the site, and, although they were ordered more than two years ago to find alternative housing, they opted to ignore the demands of the council and the state and vacate to an alternative site. This is why the committee has begun to carry out a demolition order against the structure, and the electricity and water were disconnected before a court order was issued.

To our delight, some 500 housing units are being built on the mentioned hill, which will facilitate Efrat’s growth by another 2,000 to 3,000 residents, and the residents who are refusing to vacate are delaying the construction of infrastructures, as well as causing damages to the contractors and entrepreneurs who have won bids and to the buyers who have paid good money.” 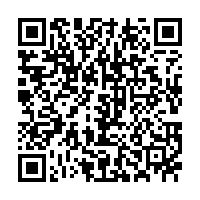