Graffiti in Hebrew on walls and a bus declared, “Gentiles in the country=enemies,” and “Arabs=thieves.”


Some drivers woke up shortly before dawn to drive to work and discovered that all four wheels of their cars had been slashed.

The Bethlehem-based Ma’an News Agency quoted one resident as stating, “Five settlers stormed the al-Samah square at around 2:30 a.m. coming from the direction of Pisgat Ze’ev settlement…Two of them positioned themselves at the main entrance to watch as the rest assaulted properties in the neighborhood.”

Foreign news agencies broadcast to the world the resident’s message that Pisgat Ze’ev “is built on lands of Beit Hanina.”

Associated Press reported to millions of people around the world, “Extremist Jewish settlers have been carrying out acts of vandalism in recent years, in retaliation for Palestinian attacks and to protest what they perceive as the Israeli government’s pro-Palestinian policies.

The “extremists” have succeeded to a certain extent in creating in image that all “settlers” not only hate Arabs but also attack their property and sometimes run wild in their villages.

Police spokeswoman Luba Samri told The Jewish Press, “We are investigating. It is too soon to say report on any progress.” It has been nine months since vandals went on a spree in June in the same neighborhood. So far, no one has been arrested.

When the price tag attacks began more than two years ago, nationalists immediately blamed the Israel Security Agency (Shin Bet) for being behind the vandalism in order to slander Jewish residents of Judea and Samaria.

Dozens of attacks later, is clear that most of the damage is being caused by a handful of Jews who no doubt are really proud of themselves this morning for having caused so much misery to so many Arabs.

They must be sure that they are messengers of God, Who told them that hate attack will teach U.S. Secretary of State John Kerry a lesson, will make Prime Minister Binyamin Netanyahu think twice about destroying another outpost and will convince the Arabs to pack up and buy a one-way ticket to Jordan.

The extremists have given ammunition to journalists such as Thomas Friedman, who once called settlers “Israel’s answer to Hezbollah.”

If the police can finally find, arrest and indict the idiots and the judge lock them up, it will not only protect the Arabs but also will protect the rest of us. 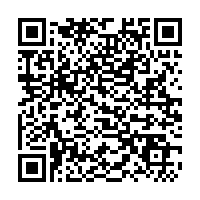