A young female Border Guard officer succumbed to her wounds Wednesday afternoon hours after a combined stabbing and shooting attack by three terrorists at the Shechem (Damascus) Gate of the Old City of Jerusalem. Hadar Cohen, 19, hy’d, passed away shortly after 6pm at Hadassah Mount Scopus Medical Center.

Another female Border Guard police officer was seriously wounded and a third policewoman was less severely injured; both were also taken to the same hospital. Numerous others were badly traumatized from the scene.

Security forces initially prevented the Magen David Adom paramedics from going near the attackers for fear of a pipe bomb the terrorists were carrying.

According to Jerusalem police, three terrorists armed with concealed Carl Gustav M/45 sub-machine guns, knives and explosives arrived at the Damascus Gate and were immediately identified by the Border Guard officers at the site.

They stopped them for questioning; one terrorist handed his ID card, the others pulled out his gun and started shooting. All three of the terrorists were neutralized, including one reportedly shot by the policewoman who fell in the line of duty.

Two pipe bombs found on their bodies were successfully dismantled by sappers from the security force, according to Israel Police spokesperson Micky Rosenfeld.

Two of the three terrorists were residents of Qabatiya, the third a resident of Jenin, all ages 20 and 21, from Samaria, with no prior history of security offenses, according to Israeli security sources. 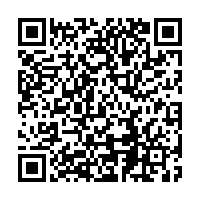