When a 16-year-old Lubavitcher named Ari Halberstam was gunned down on the Brooklyn Bridge on March 1, 1994 by a Lebanese livery cab driver, the killing seemed to be a cut-and-dried case.

The shooter, Rashid Baz, was captured the following day and confessed to police. After a trial several months later, he was sentenced to 141 years in prison.


But a murder conviction was not enough for Ari’s mother, Devorah Halberstam. She saw a terrorist conspiracy behind the shooting and criticized authorities for treating it as an ordinary homicide.

For years she obsessively campaigned for further investigation, clamoring to be taken seriously by authorities. She waited on receiving lines to buttonhole senators and congressmen, knocked on doors at City Hall, and traveled back and forth to Washington.

Twenty years after her son’s killing, Halberstam is now an authority on terrorism with close ties to law enforcement officials – a highly unusual role for a chassidic woman.

Last week, a man who tried to build a pipe bomb for use in New York, Jose Pimentel, was sentenced to 16 years in prison on terrorism charges under laws Halberstam helped draft.

“If I had to use one word to describe Devorah, I would use the word relentless,” Raymond Kelly, who served as the commissioner of the New York Police Department from 1992 to 1994 and again from 2000 to 2013, told JTA. “She’s a major force in the political world, and certainly those people who focus on the issues of counterterrorism know that well.”

Halberstam acknowledges that she never could have imagined this life for herself two decades ago. Back then it was all about achieving a measure of justice for her son.

Halberstam’s campaign, which focused on having her son’s shooting recognized as a terrorist act, wasn’t merely semantic. To her, the issue cut to the heart of what she saw as the authorities’ failure to fully pursue other avenues of investigation: Who helped inspire the attack, plan it, abet it and conspire to shelter Baz in the hours after the shooting?

On the surface, the attack appeared to be an Arab gunman’s angry response to the massacre in Hebron several days earlier, when 29 Palestinians were gunned down by Baruch Goldstein, a West Bank settler.

The young Halberstam had been a passenger in a van full of chassidic boys that was trailing the motorcade of the Lubavitcher rebbe who was on a trip home from the hospital. Halberstam believes the van became a Jewish target of convenience once the rebbe’s vehicle disappeared into a tunnel.

But the lawyer for Baz, who had an arsenal of weapons with him that day, maintained the shooting was the result of a traffic dispute carried out by a lone assailant without assistance. No official motive was determined at the trial.

Halberstam wanted more. She worked to collect letters of support from powerful politicians, got a Brooklyn Bridge ramp named for her son and raised millions of dollars for the construction of a Jewish children’s museum in the Crown Heights section of Brooklyn dedicated to Ari’s memory. She sued the companies that manufactured the guns used in her son’s killing (and lost). She pushed the state to pass Ari’s Law, which requires a license to possess a gun kit and is meant to curtail interstate gun trafficking.

All the while, her son’s case remained closed.

The turning point came in 1999, when media reports about the case sparked renewed calls by New York’s governor as well as U.S. senators and congressmen for a reassessment. The FBI finally responded, describing the shooting as an act of “road rage.” 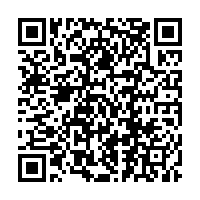