America’s favorite serious Jewish actor for much of the 1960’s and ’70’s, Dustin Hoffman, is about to present an award to a filmmaker at an event put on by the Muslim Public Affairs Council.

The recipient of the award is a professional Israel hater, and MPAC is led by someone who publicly suggested Israel was to blame for 9/11 and who advocates for the removal of Hezbollah, Hamas and Palestinian Islamic Jihad from the American terrorism list.  With Jews like Dustin Hoffman, who needs enemies?

The objective of  “5 Broken Cameras,” like that of so many Pallywood videos, is to portray Arabs as the innocent victims of the rapacious Israel.  This movie began as video clips of the protests that were submitted as “evidence” to Israeli courts and handed over to be used by mainstream media to show the sad plight of the Arabs.  The videos which then became this movie were taken and put together by someone participating on one side of a propaganda war, and not by an objective film maker seeking to document reality – as is the role of documentaries – that fact should have sounded alarm bells for a professional actor of Hoffman’s stature.

In his very first film, “The Graduate,” (1967), Hoffman played a recent college graduate whose parents expect him to do great things, but who was stuck in an emotional and motivational dead zone.  His character, Benjamin Braddock, is turned off by the plastic values of his parents’ generation, but has no passion or interests to replace them.  And so he is portrayed floating in his parents’ swimming pool, suspended below the water, cocooned in indifference, pondering the bizarre lecture given to him by a family friend about “plastics.”

Over the course of his career, Hoffman’s extraordinary roles included the disabled homeless vet Ratzo Rizzo, in “Midnight Cowboy” (1969), the highly talented yet self-destructive break-through comedian Lenny Bruce in “Lenny” (1974).  Hoffman won an Oscar for portraying a newly divorced father painfully attempting to know his young son in “Kramer v. Kramer” (1979), and was nominated for an Oscar for playing the opportunistically gender-bending actor/actress title role in “Tootsie!” (1982).

Hoffman’s stature as a great actor continued into the late 1980’s – he was riveting as an autistic man, Raymond Babbit, in “Rain Main,” for which he won his second Oscar (1988).  Hoffman’s movie roles have become more sporadic and less artistically and financially successful in recent years.

Perhaps that explains why he was willing to be used as the latest in a long series of Jewish “fig leaves,” for anti-Israel projects.  There seems to be no other reason why the Muslim Public Affairs Council would call upon Hoffman to present an award for a documentary film which portrays Israel in the worst possible light, with no balance or nuance.

Hoffman has never been involved in Middle East issues or interests – other than co-starring in a disastrous film set in Morocco. “Ishtar” (1987) was described in London’s Time Out as “so bad it could almost have been deliberate.”

There had been a rumor – which caught fire and remains rampant on the Internet – that Hoffman snubbed Israel and pulled out of appearing at a Jerusalem Film Festival in 2010 in the wake of the Gaza flotilla incident. However, Yigal Molad Hayo, the associate director of the Cinematheque at which the festival takes place, was quoted in an article in the Jewish Chronicle that the account had not been accurate, and the discussions with Hoffman had not progressed even before the Mavi Marmara incident.

It isn’t hard to imagine why the Muslim Public Affairs Council would want a famous Jewish actor to give them the kosher certification of acceptability (“Dustin Hoffman, the famous Jewish actor, hangs out with us, we must be fine” is the not-so-subtle message). But why would Hoffman agree to participate?

Hoffman is someone whose Jewishness seems to have played very little role in his life other than as a trigger to anti-Semitic bullies, and the fact that his height, his nose, his nasal voice and his plucky, outsider roles are all stereotypically Jewish.  Hoffman recently spoke about the complete absence of anything Jewish in his life growing up.  He did not become a bar mitzvah and he never learned any Hebrew. 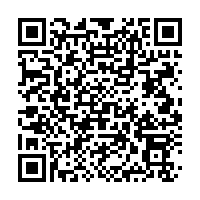