A series of IDF operations will be delayed because of the September 17 elections, or, really, the fact that Israel has been forced into them, Ynet reported Thursday.


And so, for certain, the announcement of a new election will lead to a stagnation in the work of the government, including the narrower political-security cabinet.

For the Army this means that long-term decisions will be postponed until at least November, and then we’ll have Netanyahu’s criminal hearing on the week between Rosh Hashanah and Yom Kippur, followed, very likely, by his trials (tribulations, too, don’t forget), which means that even should Netanyahu be successful in cobbling together a real government, it would still suffer some paralysis that would surely affect the security system.

And so the IDF’s new chief of staff, Lieutenant General Aviv Kochavi, under whom the Army has already begun preparations for formulating a new multi-year plan, to be submitted for cabinet approval in the summer – will have to wait, possibly until 2020.

The previous multi-year plan, code-named “Gideon,” which is expected to be completed in about a year, has generated far-reaching reforms, such as eliminating redundant reserve units and outdated IAF squadron; cutting thousands of career soldiers; the establishment of new units; and a series of revolutions in the technological and intelligence systems.

Above all, Gideon allows the ground forces to train more, become more financially efficient, and be able to prepare for the next war benefiting from industrial peace, having eliminated the annual war between the military and the finance ministry.

Kochavi was prepared to take his predecessor’s bureaucratic success to the next level, but until late fall there’s no one in government to sign the checks to let him implement his next multi-year plan. And so, multi-billion dollar purchases from the US are yet to be delivered, leading to frustrating bottlenecks, such as the fact that the IAF cargo chopper fleet is 50-years old and can’t be replaced – because there’s no one home to sign for the new shipments.

The large aid agreement from the US, which was supposed to start “running” this year, will also have to wait:

Purchasing contracts worth billions of shekels have not yet been signed because of the recent elections and Kochavi’s appointment.

For once, the IDF has a leader who thinks like a general rather than react from the hip to provocations, but his plans will not be implemented without a functioning cabinet.

The list of delayed decisions includes the purchase of new cargo/transportation helicopters, instead of the 50-year-old fleet; configuring the IAF’s third new combat squadron; deciding on the quantity and make of heavy airborne munitions; as well as a series of new weapons manufactured in the United States for the IDF’s Green Army environmental projects.

On top of that, two more significant decisions are expected to be put on hold: cutting enlisted soldiers’ service by another two months; and appointing a new soldiers’ ombudsman to replace Major General (res.) Yitzhak Brick, who retired in January. Brick’s reports were invaluable in assessing whether or not the IDF is fit for the next serious war (it isn’t) and the enormous communication gaps between the high command and officers in the field.

At the same time, the repeat elections should not affect the day-to-day operational routine along the borders, the secret operations the IDF around the Middle East, and the next war, should one break out in the south or the north before the next government is formed. 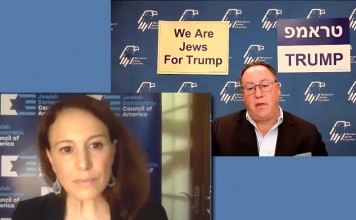