Where do they come from?

A new study conducted at the University of Haifa and published in the journal Frontiers in Marine Science suggests for the first time that the swarms of nomad jellyfish widespread along Israel’s beaches originate on the coast off the eastern end of the Nile Delta in Egypt.


“The complex lifecycle of the jellyfish means that uncovering its origins is a challenging task. With the help of oceanographic models, genetic tests, and citizen science observations, we found that the seabed in the Nile estuary – an area rich in nutrients – may be home to tiny polyps that eventually become jellyfish. The prevailing south-to-north ocean currents then carry the jellyfish to Israel’s beaches,” explained Dr. Dor Edelist, a marine ecologist from the University of Haifa and one of the authors of the study.

Although they have been present on Earth for over 500 million years, researchers still do not know enough about the reasons for growth in the jellyfish population, their migration routes, and other characteristics.

Jellyfish have a complex lifecycle that begins with sexual intercourse in the water column, leading to the creation of a fertilized egg (planula) that swims in the water and settles on the seabed. The planula undergoes a process of metamorphosis on the seabed and becomes a polyp.

“The polyps, less than a centimeter long, sprout four to 10 discs (ephyrae). In the right conditions, these are released and then become mature jellyfish. This is the sexual lifecycle of the organism. In addition, the tiny polyps may also reproduce asexually through budding and cloning on the seabed. As the water warms – usually in April – the polyps release the disks, and this explains why we see the dense swarms of large jellyfish arriving on Israeli beaches at the beginning of summer,” Dr. Edelist noted.

The scientist added that the tiny size of the polyps and the complex lifecycle of the species make it very difficult to identify colonies of polyps. At least as far as the jellyfish in the Mediterranean are concerned, researchers have yet to find the precise location of the colonies. “A nomadic jellyfish polyp has never been observed migrating in nature, because they are cryptic, very small and rest on the seabed, making it very difficult to find them,” the researchers explained.

In the present study, Dr. Edelist, Prof. Dror Angel, and doctoral student Hila Dror of the Department of Maritime Civilizations at the University of Haifa, together with a team of researchers from Norway, searched for the origins of the polyps that create nomadic jellyfish in the Mediterranean. To this end they employed a unique combination of biological knowledge, oceanographic models, and citizen science.

The researchers sought to apply a “reverse engineering method,” first identifying when the mature jellyfish reach Israel’s coasts, and then going “backwards” with the sea currents in order to find out where they came from. The first stage was to find out exactly when the jellyfish first reached Israel’s coasts.

To this end, the researchers used data from an Israeli website called “Jellyfish Inc”, a play on words that in Hebrew also means “Jellyfish and people”, established a decade ago by Dr. Edelist and Prof. Angel that enables citizens to submit real-time reports on the presence of jellyfish.

The researchers used the data from June and July in 2017 and 2018 – in one of these years the swarm was long and dense, while in the other it was much shorter and more diffuse.

Earlier studies have found that it takes about three months for a jellyfish to grow from the time it leaves the polyp and until it reaches adult size. Accordingly, the researchers embarked on the most complicated stage of their study. They monitored the sea currents, and specifically the northbound current, for three months during the relevant period of the year in order to identify the point of departure of the jellyfish.

Monitoring sea currents with the required level of accuracy is naturally a highly complex task. Although the general direction of the currents is known, they may change direction, halt, and even reverse their direction occasionally.

Sponsored by the EU GoJelly project, the model used was a three-dimensional oceanographic model with a resolution of 0.8 km called SINMOD, developed by the Norwegian SINTEF institute. The model simulates that release of virtual particles from various points and tracks their passive movement along water currents.

For the first time, the study results showed that the nomadic jellyfish polyps originate from the coasts off the shallow eastern end of the Nile in Egypt (rather than in the river itself).

“Our study suggests that the large polyp colonies are situated in this part of the Nile, which is rich in nutrients and can provide a source of food for the polyps and the young ephyrae, matching a theory raised by our colleague Dr. Zafrir Kuplik several years ago. From this point, it takes two to three months for the current to carry the jellyfish to the coasts of Israel, arriving as the bathing season begins in June-July. Around the beginning of April, as the water temperature reaches 20°C, the polyps release the disks, and as we explained after about two or three months the jellyfish reach their full size off our coasts,” Dr. Edelist noted.

The current study also corroborated the findings of earlier studies showing that all the nomadic jellyfish come from a single population that does not show any genetic diversity that might identify distinct populations in the eastern Mediterranean. “Our jellyfish, those in Egypt and Turkey, and those across the entire eastern Mediterranean all come from a single, large population of the same species and origin,” the researchers emphasized.

“The jellyfish are more of a big challenge to be addressed, and not so much a problem that needs to be solved. They also play an important part in the food web in the Mediterranean.

“History shows that a maritime species that has been established in a new environment has never been eradicated. One way we can cope with this challenge is by allowing citizens to share information about the location of jellyfish on our website. We can also provide information about how to prevent and treat jellyfish stings. Jellyfish are part of nature, and as such, they also deserve a bit of love,” the researchers said. 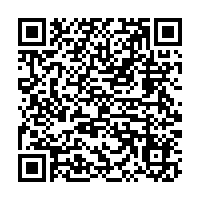