A researcher for the Channel 2 Friday night news program Ulpan Shishi (Friday Studio) was exposed attempting to get incriminating evidence against settlers in Samaria, pretending to represent his rich uncle in America who wants to give millions of dollars for young men with long sidelocks and huge yarmulkes to do illegal thing to Arabs, Hakol Hayehudi reported.

In the conversation, part of which was presented by the new, right-leaning Channel 20, the researcher, Omri, is heard speaking with Menachem Ben Shakhar, a resident of Givat Ronen and a known right-wing activist. He tried to convince Ben Shakhar to establish an illegal outpost named after his fictitious family’s late grandfather, and call it Eliyahu’s Outpost, in return for a substantial donation from the rich American uncle. At some point the researcher asked to be introduced to Rabbi Yitzhak Shapira, whose yeshiva, Od Yosef Khai, is in the Yitzhar community.


Ben Shakhar enlisted a friend to pose as the yeshiva dean and they set up the recorded phone conversation.

Omri zeroed in on the content of the next volume of Torat Hamelech (Laws of the King) by Rabbi Yitzhak Shpira and Rabbi Yosef Elitzur, both of them of Yeshivat Od Yosef Khai. The original book, published in 2012, has been like the color red to a bull as far as the Israeli left is concerned, and the authors were questioned by police and accused of incitement. Even Rabbis Dov Lior and Yaakov Yosef were hauled to a police interrogation room because they signed a “haskomah” — a writ of approval — in the book’s forward. Only in 2012 did the state prosecutor close down the case against the authors.

The book is a collection of halachic views on dealing with gentiles, especially criminal and enemy gentiles. The authors did not make up a thing, only culled information from existing rabbinic sources. The result has been rejected even by some Orthodox rabbis, and became a celebrated example of Orthodox intolerance for the left.

And so Omri, the hapless Channel 2 researcher, told the man on the other end of the line that his rich uncle wants to donate $90,000 for the publishing of the second volume, but he’d like to know what exactly is in it.

The impostor took him on a learned journey through a number of Talmudic dissertations which left him breathless, so he cut to the chase and said his uncle supports the “Price Tag” activity, does the book support it? It goes without saying that Channel 2 needs to hire a better class of researchers.

In the end, the impostor suggested the new outpost be named “Friday Studio” and asked if the rich uncle was, possibly named Amnon Abramovich, a vehemently anti-settlement journalist and the Channel 2 political analyst.

Channel 2 released a statement following the Channel 20 broadcast saying there’s no reason for the competitor channel to complain about the attempt to plant a researcher with the opposition, seeing as a right-wing organization had done just that. The thing is, Channel 20 wasn’t complaining, they were too busy laughing. Also, unlike Omri, the right-wing researchers kept it up undetected for three years and landed several fat fish, one of them a left-wing pedophile who was turning Arab land brokers over to the PA to be tortured and executed. Now, that’s planting. 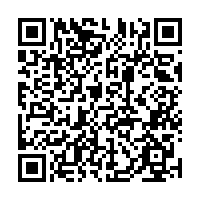