For the first time in Gaza, since Hamas seized control in 2007, a woman has been allowed to work as a waitress in a restaurant, serving men food and drinks. Ranad al-Ghozz, 24, from Gaza City recently made local media headlines in Gaza, when she began working at the coastal A-Salam restaurant last month.

The majority of Gaza women cannot be found in the workplace as traditional norms are against women working out of the house. If women do work, it is in the public sector specializing in education and health fields.

Hamas, the religious Palestinian Sunni Islamic political party rooted in the Muslim Brotherhood, basing its governance upon Islamic fundamentalism, has passed laws that curb women’s status and rights since its takeover of Gaza. Women are not allowed to ride motor scooters and hairdressers for women are banned in Gaza.

Twenty-year-old Asmahan Nasser also works as a waitress at the upscale Al-Deira hotel, where she must wear a hijab uniform. According to a report in Haaretz, Nasser says she must deal not only with disapproving male patrons, but also disapproving women as well. In one incident, a woman patron left in protest of the hotel’s employment of a waitress and refused to allow Nasser to bring her coffee.

Al-Ghozz says she ignores comments made by patrons critical of her status as a woman worker. She began working in waitressing when her father fell ill in order to help her family. “But from the start I enjoyed the work, and I decided on my own volition to continue in this profession,” she said. She previously worked at a restaurant where she was allowed to serve only women.

In the past, Hamas’s Islamic Endowment Ministry has deployed a special committee known as the Propagation of Virtue and Prevention of Vice to enforce Muslim codes of behavior. Members preach at public places to warn of the dangers of immodest dress, card playing and dating. In 2009, Bloomberg reported that Hamas legislator Yunis Al-Astal, explained that Hamas especially targets young people “to be more correctly Islamic.”

According to an article in Beirut’s Al Akhbar, the Islamic dress code of veil or hijab is imposed on Gaza’s women who are considered weak, both in class and gender. The author Doha Shams, writes that “in plush neighborhoods, where the wealthy live, only religious women need to wear the hijab.”

Furthermore, Even Christians female students attending Gaza’s Islamic University must cover their heads and wear the “jelbab” a full-length gown. Those who do not comply can face hostile consequences.

It remains to be seen if Hamas will attempt to stop the small number of female professionals working in non-traditional fields such as restaurants. 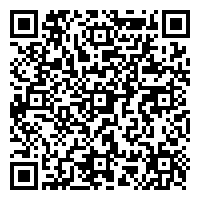