The Foreign Ministry summoned Irish ambassador to Israel, Alison Kelly, to protest the participation by Dublin Mayor Mícheál Mac Donncha in a Palestinian Authority conference in Ramallah, appearing under a banner featuring the image of Haj Amin al-Husseini, the 1930s-era Arab leader who was closely aligned with Hitler and supported the extermination of Jews.

Interior Minister Aryeh Deri had previously ordered border control officers to block Mac Donncha from entering the country, but he entered via Ben Gurion Airport on Wednesday due to an administrative mishap (someone spelled his name wrong at passport control).


Following MacDonncha’s appeaance, the foreign ministry in Jerusalem said in a statement that it was “stunned” that the mayor would participate in what the Ministry called an “anti-Israel demonstration”, which came against the backdrop of two hostile decisions against Israel taken this week by the Dublin city council. 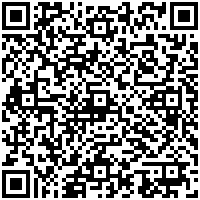