Israeli authorities were successful in thwarting a creative attempt to smuggle gold bars out of the Gaza Strip, possibly meant for terror elements in Judea and Samaria.

Security inspectors at the Kerem-Shalom Crossing thwarted on Monday an unusual smuggling attempt of 13 gold bars, hidden inside boxes of tomatoes, from Gaza into the Palestinian Authority’s territory.


The crates were part of a shipment of 20 tons of tomatoes, destined for export from the Gaza Strip to the Palestinian Authority, and they underwent a routine security check.

During the inspection, the inspectors uncovered 13 gold ingots weighing about 7 kg, which were removed from the bottom of the tomato crates.

The crates of vegetables had a double cardboard bottom, and there the gold bars were hidden, painted black to disguise them, and the edges were hidden in large tomatoes.

The gold was confiscated, and the investigation was handed over to the police and the Shin Bet security agency to try and locate the destined recipient of the gold, with one of the options being gold intended to fund Hamas activities or another terrorist organization in Judea and Samaria. 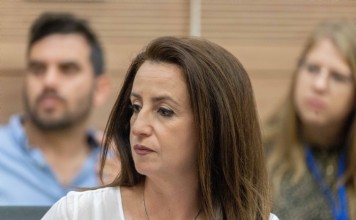