Habayit Hayehudi Chairman and Education Minister Naftali Bennett on Tuesday told Army Radio that “anyone who has ever been in the [battle] field knows that sitting in Tel Aviv or in the studios and passing judgment against statements made by IDF soldiers when they are defending our borders – is not a serious thing.”

Bennett was referring to a video clip that surfaced earlier this week on the social networks, depicting an IDF sniper’s shooting of an Arab who had been charging the Gaza border fence, cutting him down when he was standing motionless. The hit is accompanied by the cheering voices of, apparently, IDF soldiers who compliment the hit with cries of joy, as well as juicy curses at the advancing Arabs.

Naturally, the reaction from the left has been scathing, including voices from the Joint Arab List that called for adding the video to the much fantasized case against Israel in the International Criminal Court at the Hague. MK Yair Lapid (Yesh Atid) stood out in expressing his trust in the IDF’s ability to investigate the case.

It should be noted that although the video surfaced this week following the second Arab Friday of rage at the Gaza border fence, there is nothing in the images or the sound that clearly suggests the event took place recently. In fact, the IDF spokesperson’s office said the tape is from December 2017.

But regardless of its timing, the exchange among the Israeli soldiers in the sound track would not go over well in a salon on the Upper West Side of Manhattan. One voice is heard asking, “You have a bullet in the chamber?” followed by the order, “Go, give it to them.” Another voice, likely the sniper’s, then says, “I can’t see because of the barbed wire fence” and notes that “there’s a little boy over there.”

Then the sniper shoots and hits a figure which had earlier been seen charging the fence but at the moment of the shooting was standing in place. Cheerful voices follow in the sound track: “Wow, what a video! Yes!” and: “Son of a whore. What a video, here, run to evacuate him… Sure I filmed it.” Later, a voice says, “Wow, hit somebody in the head,” and “What a video – epic,” and “He flies in the air with his foot,” and “Go away, you sons of whores.”

“Are we now starting to judge soldiers by the quality of their discourse and whether it sounds nice or not?” Bennett was wondering in his comments to the Army Radio Monday. “It’s not easy,” he noted, “You’re in a position for a day or two days or 20 days, in front of people who place explosive charges on the fence, so, with all due respect, to sit back and complain that ‘they were not expressing themselves elegantly enough,’ that’s not serious.”

MK Bezalel Smotrich (Habayit Hayehudi) tweeted Monday night: “In a war against a cruel enemy who wants to destroy me, I prefer soldiers who shoot and laugh at those who shoot and cry and end up not shooting – of course, if and when the shooting is justified operationally.”

“My basic trust in the IDF soldiers makes me assume that it will not be proven otherwise, and that the shooting was justified,” Smotrich added, “I gives full backing to the fighters tonight.”

“Was it too boring for us in the last 24 hours that this video had to be exposed?” Erdan wondered.

“To take a situation from a battlefield, where the soldiers are in a state of tension, with explosive charges thrown at them, and with penetration attempts being made, to take their human response and judge them from armchairs in Tel Aviv?” Erdan said, noting, “No other country in the world does such a thing.”

“The reactions of joy – it would have been better had they not been posted, but to judge them and conclude that something was wrong there is delusional,” Erdan said. 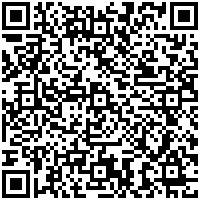