Defense Minister Avigdor Liberman on Monday declared that his goal is to bring Hamas and the rest of the terrorist groups in the Gaza Strip to “a state of total despair [so they would] give up the idea of destroying the State of Israel.” Speaking to Reshet Bet, Liberman also stated that “the first thing to be dome in Gaza is an arrangement regarding the POWs and MIAs, without which we cannot move forward.”

Jni.media checked the website “Is Ismail Haniyeh Dead Yet?” which follows the outcome of an earlier Liberman promise, that as soon as he is appointed defense minister, he plans to give the Hamas leader a 48-hour ultimatum to release the POW bodies and the living MIAs he is holding, after which he should arrange his own funeral. As of Monday morning, Haniyeh’s extended life since Liberman’s appointment has lasted one year, seven months, two days and one hour.


Nevertheless, Liberman continued to issue promises on Monday morning, such as, “By the end of this year, we will destroy all the [terror] tunnels and complete the construction of the [tunnel] barrier.”

“For every mortar fired, we remove some of the Hamas’ critical capabilities,” the defense minister boasted, suggesting “we should lead them to a state of total despair and get them to give up the idea of destroying the State of Israel. The formula would be rehabilitation in exchange for demilitarization.”

Perhaps there should be a separate website to check on that statement as well. Perhaps “Has Hamas Given Up on Destroying Israel Yet?“ 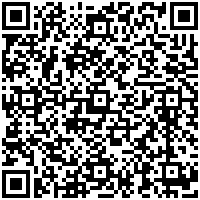