The prisoner, age 46, was terminally ill with the disease and was hospitalized for some time. He was imprisoned in Israel since 2015 for murder, offenses against the IDF, attempted murder, stone-throwing, kidnapping, coercion, false imprisonment, membership in a terror organization, and contact with the enemy.


Specifically, a-Sheikh was involved in the murder of Eitam and Na’ama Henkin, residents of the community of Neria. Eitam, a doctoral student at Tel Aviv University, held dual US-Israeli citizenship. His wife Na’ama was a graphic designer. The couple was driving past the town of Beit Furik in Samaria with their four children in the back of their van when they were attacked by a Hamas terrorist cell. The four children miraculously survived the attack.

Following the announcement of the prisoner’s death, the Hamas Prisoner’s Committee said it would hold a ceremony at 8 pm to discuss the “consequences” of a-Sheikh’s passing.

Gaza’s ruling Hamas terrorist organization issued a statement claiming Israel was to be blamed for “medical malpractice” and said “the International Criminal Court must put its criminal leaders on trial.”

In the Palestinian Authority’s capital city of Ramallah, there were public calls to gather and demonstrate at Manara Square at 6:30 pm. 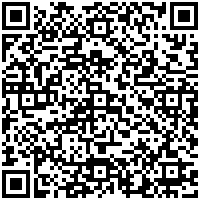