Families in southern Israel were forced to drag their young children out of bed and race for safety again, for the third time in less than two weeks after the incoming rocket sirens activated in numerous communities along the Gaza Belt, in the Eshkol Regional Council district, and in the central Negev.

The rockets exploded in open areas in the Eshkol Regional Council district. No injuries were reported. The IDF says they found where two rockets hit in open areas.

Channel 10 reports that residents have been told to remain in their bomb shelters for now. 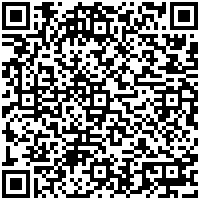