An unarmed Gaza resident was captured Wednesday at the Zikim Beach in southern Israel after infiltrating into Israeli territory. The detainee was transferred to security forces for questioning.

Two other Arab infiltrators who were spotted by IDF soldiers after they crossed the security fence realized they’d been spotted, and beat a hasty retreat back to Gaza.


The incident comes just a day after three armed Gaza terrorists succeeded in infiltrating the border into Israel. They were caught near the Tze’elim IDF military base in southern Israel, 20 kilometers (12 miles) north of the Gaza border.

All three of the terrorists, residents of the southern Gaza city of Rafah, were armed with knives and hand grenades.

The IDF is just 48 hours away from facing the potential challenge of thousands of Gaza residents who plan to storm the security fence.

Israeli security personnel are also concerned that Hamas and other terrorist groups may try to use the so-called “Great March of Return” as a cover for more quietly infiltrating into Israeli territory, and planting explosives along the border to target Israeli military patrols. 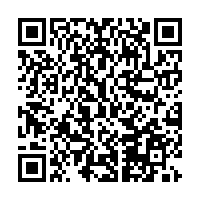