Gaza residents received a special holiday greeting this week, just in case they didn’t realize ‘tis the season to be jolly.

A threatening flyer featuring a Quranic verse warning Muslims “not to go the way of the Jews and the Christians, indeed God is not for the evil people,” and that it is “absolutely forbidden to celebrate Christmas” in way, shape or form, was distributed to citizens ahead of the holiday.


On the flyer, reportedly aimed at the 1,000 Arab Christians living in Gaza as well as at Muslims, was a burning Christmas tree.

The flyer was published by the Al-Nasser Salah al-Deen Brigade – also known as the Specialty Brigade – the military wing of the Iranian-backed, Hamas-linked Popular Resistance Committees, according to a report published by The Jerusalem Post.

The Popular Resistance Committees (PRC) is a coalition of armed Palestinian Authority terrorist groups, which has close ties to Lebanon’s Iranian-backed Hezbollah terror group. It is also designated by the United States and Israel as a terrorist organization.

The terrorists who abducted IDF soldier Gilad Shalit on June 25, 2006 were members of the PRC and Hamas. 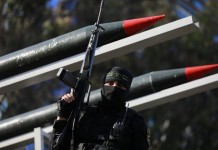 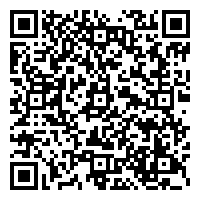