The election process for Hamas’ leadership is progressing, as it announced the election of the group’s new leadership among the terrorists held in Israeli prisons.

In total, the Hamas leadership in the prisons, one of the most important power groups, will consist of 15 members: Katawi and his deputy will head the leadership council, which includes 11 members of the leadership, and will be joined by four other senior prisoners in the Ofer, Nafha, Rimonim and Megiddo prisons.

The elections in Hamas will continue at the lower levels and the expected elections to the Politburo will take place at the beginning of 2021.

TPS has learned from Hamas sources that Khaled Mashaal, who previously served as chairman of the Politburo, is expected to receive significant Qatari support in his run against Ismail Haniya, the current Hamas leader.

Saleh Aruri, number 2 in Hamas today, and Yahya Sinwar, the leader of Hamas in the Gaza Strip, are also expected to run for the chairman’s office.

The Hamas sources said that tensions in the organization are rising due to the refusal of the military arm in the Gaza Strip to relinquish its centers of power and its opposition to the transfer of the decision-making center to Qatar.

Another reason for the tension is the demand of the Hamas leadership in Judea and Samaria to gain more weight in the decision-making system centered in the Gaza Strip.

“The tension exists mainly between members of the military, led by Muhammad Daif and Yahya Sinwar, who number nearly 50,000 and constitute the core group in Hamas, with its hawkish positions, and the group of relatively moderate clerics, representatives of the Muslim Brotherhood,” a source said.

“Qatar, which is trying to advance reconciliation with Fatah, supports the moderate group and is working to persuade it to moderate its positions vis-à-vis Israel and the Palestinian Authority, while among the military wing the degree of influence of those supported by Iran is rising,” the source said.

According to him, Sinwar is working hard to promote a prisoner exchange deal with Israel that will strengthen his position in the organization but also eliminate the need for reconciliation with Fatah, which Qatar is leading mainly, as a means of paving the way for Mashaal. 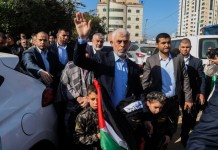 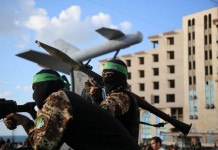 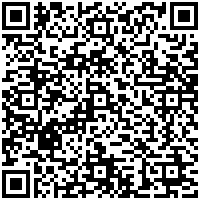