The Al-Arabiya network reported over the weekend that an Egyptian delegation that visited the Gaza Strip last week presented Hamas with a new Israeli proposal to promote a possible prisoner exchange deal in the near future. Hamas is holding hostage a number of Israeli civilians and the bodies of kidnapped IDF soldiers.

Sources in the Gaza Strip confirmed this but added that Hamas insists that it will be the one to determine the identity of the released prisoners.


Arab media on Sunday reported that it is believed in Israel that it is possible to promote a prisoner exchange deal with Hamas in exchange for medical and economic assistance to the Gaza Strip, which is struggling with a serious Coronavirus outbreak.

This assessment is based on the proposal of Hamas leader in the Gaza Strip Yahya Sinwar who presented the “humanitarian initiative” as defined by Hamas, to release prisoners in stages and expressed a willingness to show flexibility and concessions to allow the deal to progress.

A Hamas source linked to the prisoners’ portfolio told TPS that Hamas would be willing to separate the case of prisoners released in the Shalit deal and imprisoned by Israel for reasons the organization defines as” political” and those who actually returned to the path of terrorism.

However, the Hamas source said that the organization takes into account the fact that dozens of Hamas members, “liberated by Shalit” were imprisoned for what Hamas alleges are political reasons, a debt it will collect at a later time.

Another source told TPS that he thinks there is no deal on the horizon as long as Prime Minister Benjamin Netanyahu is insisting on giving less than what Hamas achieved in Shalit’s deal.

Hamas’ demands are the release of prisoners who were freed in Shalit’s deal and were reincarcerated, as well as agreeing with the release of a new number of prisoners, he said. He does not think that Hamas is looking for anything related to easing the siege on Gaza or ending it through the prisoner swap.

He further stressed that he has never heard about any moderation on Sinwar’s part. If there was any, it is the concessions he might make regarding the number of prisoners to be included in a potential swap.

Yet another source said that Israel is not showing seriousness and willingness to promote a new deal and that the proposal that the Egyptians made to Hamas is a very general proposal that expresses Israel’s intention to evade the matter while putting up an appearance of making an effort.

Recently, various sources in the Gaza Strip estimated that Sinwar wants to promote a prisoner exchange deal before the elections to Hamas’ political bureau early next year to strengthen his internal position within the organization.

Sinwar is also trying to reach a significant civic achievement before the election within Hamas and is now trying to find a solution to the Corona pandemic, which he has been dealing with personally. 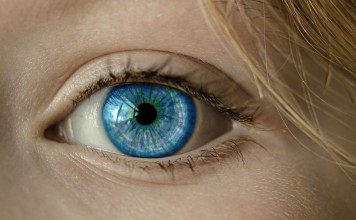