Hamas is facing intense internal pressure to join the Islamic Jihad in its attack on Israel, especially in wake of the mounting casualty count among the Gazans, but so far Hamas has displayed no intention to join the fighting, a source in Gaza told TPS on Wednesday.

While Hamas has stated that the Islamic Jihad should lead the fighting against Israel, the Gazan source said with no end to the hostilities in sight, and as the pressure on the Gazan street on Hamas is growing, Hamas may change its policy and attack Israel.

Other sources told TPS that Hamas is not operating to limit Islamic Jihad’s rocket attacks, and that is its contribution to fighting.

In the meantime, an internal bulletin circulating among Islamic Jihad operative, a copy of which was viewed by TPS, ordered them to intensify their fire on Israel and expressed hope that Hamas would join the fighting if the fire increased.

Other sources noted that Hamas’ refrain from joining the Islamic Jihad is a dramatic “abandonment” of the terror organization.

However, a source within the Palestinian Authority (PA) warned that Israel’s “embrace” of Hamas is forcing it to act out of embarrassment.

He told TPS that the Israeli media’s hailing of Hamas’ restraint and the IDF’s refrain from striking Hamas terror targets in the Strip paint Hamas as a collaborator with Israel, he and Hamas many decide to show it “stands with the people of Gaza.” 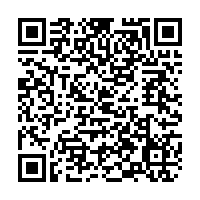