Five Arab infiltrators were wounded as a result of IDF shelling overnight Wednesday, according to the Gaza health ministry. The five, one of whom was armed according to the IDF, had approached the Gaza border fence.

Tuesday night, during the ceremony of lighting the memorial candle at the Western Wall plaza in Jerusalem, rockets were fired at an IDF force in the southern Gaza Strip, near the town of Khan Younis. There were no casualties on the IDF side, the IDF Spokesperson reported.


Following the rocket fire, an IDF tank responded by shelling a nearby Hamas position.

The IDF Spokesperson emphasized that “the shooting took place in the same area where violent disturbances have been taking place for several weeks.”

Earlier, IDF artillery fired several shells at a monitoring point belonging to the Al-Quds Brigades—the military wing of the Islamic Jihad—in conjunction with heavy gunfire towards the border. Three Arabs were killed.

After the shelling, several Israeli military vehicles crossed the border and began combing the area under a cover of reconnaissance planes.

A few hours earlier on Tuesday, a fourth “terror kite” incident took place, which was captured on a video clip shot from the Gaza side of the border. The video documents a kite loaded with a lit Molotov cocktail floating towards the Israeli side of the border. The kite appears to land in an Israeli field and start a fire. IDF emergency vehicles are visible in the background when they reach the area. 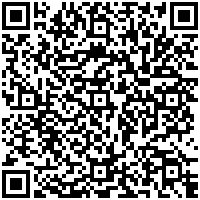