Israel’s southern border is heating up again. On Thursday morning, the IDF attacked Hamas positions in the Gaza Strip with artillery fire, following the detonation of explosive charges against IDF soldiers along the security fence in the northern Gaza Strip. There were no Israeli casualties due to the explosions, but the Arabs reported two casualties from the shelling and damage to the fence.

Ma’an reported that the Israeli artillery fired at least four shells at a Hamas training site east of the Shajaiya neighborhood in Gaza City, while targeting another site near the town of Beit Hanoun in the northern Gaza Strip.


The shelling coincided with heavy gunfire from Israeli military towers. Israeli artillery also fired at least nine shells at an unknown target near a memorial site for terrorists.

Earlier in March, four IDF soldiers were injured, two seriously, after trying to remove an Improvised explosive device that was attached to a Palestinian Flag tied to the border fence. 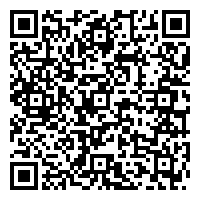