In response to the continued launching of explosive and incendiary balloons into Israeli territory, the IDF on Wednesday night attacked targets inside the Gaza Strip. According to the IDF, its tanks attacked posts of the Hamas terrorist organization. It was the ninth night in a row of IDF retaliation attacks in the Gaza Strip.

According to Fire and Rescue data, 28 fires broke out in the Gaza Strip Envelope on Wednesday. An explosive device attached to one of the balloon clusters exploded in the air near Sderot. A balloon carrying an explosive charge was discovered in the Bnei Shimon Regional Council and a police sapper was called to deal with it.


Defense Minister Benny Gantz said on Wednesday that the IDF knows how to harm not only structures but also those who operate from them. In a meeting with heads of municipalities in the south in his office in Tel Aviv, Gantz said that he had changed the equation with Hamas and the other terrorist organizations, and now Israel is retaliating for every security breach. The Defense Minister clarified that Israel has no interests in the Gaza Strip other than the return of the two fallen soldiers and two live citizens, as well as reaching complete peace in the south. Gantz also expressed his commitment to working to strengthen the settlements in the Gaza Strip Envelope.

In a Tuesday conversation with the heads of the same southern municipalities, Prime Minister Benjamin Netanyahu said that “a fire is the same as a rocket.” Netanyahu added: “We have been working for ten days in a row to bomb the infrastructure of Hamas and terrorist organizations. We are also imposing various sanctions in areas that are important to Hamas. Unfortunately, we are also preparing for the possibility of a round or rounds of fighting. I hope we will not get there.”

Defense Minister Gantz said on Wednesday that “Hamas is playing with us with fire and I will make sure that the equation is changed immediately and the fire is directed at Hamas.” 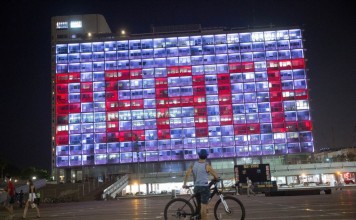