“An IDF aircraft attacked a squad of three terrorists near the security fence who tried to sabotage it and apparently engaged in planting an explosive charge, in the southern Gaza Strip,” the IDF Spokesman reported Sunday night, adding there were no casualties on the IDF side.

On the other side, the opportunity to raise condemnations of Israel did not escape the Arab propaganda machine, both in Gaza and Ramallah.


WAFA, whose loyalties belong to PA Chairman Mahmoud Abbas, reported that three minors ages 12 to 14 were killed on Sunday after they were hit by an Israeli shell northeast of Khan Younis, in the southern Gaza Strip. The news agency quoted sources who said Red Crescent ambulances extracted the bodies of the minors from the border fence with Israel and took them to hospital, where they were declared dead.

WAFA then noted with wry satisfaction: “The killing came less than 24 hours after Israel and the Palestinian factions in Gaza have declared a truce after two days of cross border hostilities.”

The Shehab News Agency, a Hamas affiliate, ran a video showing “spontaneous marches in the Gaza strip demanding revenge for the occupying forces’ murder of 3 children with a rocket directed at east deir al-Balah.”

Gaza Now noted: “The blood screams in the veins. The Zionist occupation executed three children east of deir al-Balah in the middle of Gaza, their ages not more than 14 years.”

Prime Minister Benjamin Netanyahu and most of the cabinet ministers and senior members of the defense establishment decided to loosen up the rules of engagement, and, as could be predicted, hit soft flesh. They would like nothing better than to restore the situation to the way it was before the riots at the fence began last March, and are prepared to pay a lot, in concessions and in cash, to prevent being drawn into a wide-ranging confrontation in Gaza.

Except that while the Netanyahu cabinet was contemplating giving in the Hamas’ attempt to call the shots in Gaza in return for a very short period of only relative peace (the incendiary balloons will continue to burn Israeli fields, make no mistake about it), residents of the Israeli Gaza envelope settlements were demonstrating in Tel Aviv, blocking the Azrieli junction outside the security cabinet’s meeting in the Kirya, the military establishment’s headquarters.

“We deserve quiet too,” the demonstrators shouted, leaving the cabinet between the hard place and an avalanche of rocks. 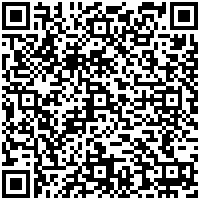