The IDF has been dealing for many weeks with Hamas’ new weapons – the firebomb kites that land in Israeli agricultural land, igniting fires and inflicting severe damages on local farmers. On Friday, the IDF began to use a new weapon against the kite threat – radio-controlled model airplanes with knives attached to their wings.

The test of the new means of combating the firebomb kites began for the first time on Friday, when model pilots from the IDF logistics division took to the air. The model aircraft operators managed to drop at least 7 kites that threatened to land in Israeli territory.

The enclosed video shows how the pilot maneuvers near the kite and finally manages to sever the kite’s control line.

During the day there were violent riots in five locations along the Gaza border, with the participation of some 15,000 Arabs, who torched tires and threw stones at IDF forces. The Arabs also sent firebomb kites into Israeli territory. 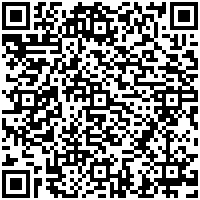