The Israeli customs authority in Ashdod thwarted attempts to smuggle tens of thousands of helium balloons into the Gaza Strip, possibly to be used by terrorists to attacks Israel.


The balloons were exposed during activity carried out by the Ashdod customs house to prevent the smuggling of weapons and dual-use goods into the Gaza Strip.

The helium balloons were found in two containers of old clothing items imported by Gazan importers.

The containers were seized, and the incident was transferred to the security forces for further investigation.

Ashdod Customs handles 90% of all imports to the Gaza Strip and operates to curb the import of various types of balloons in order to thwart the arson balloon terrorism.

Gaza-based terrorists in recent days have returned to launching balloons tied to flammable materials and explosive charges into communities in the vicinity of the Strip, causing some 60 fires in areas surrounding the Gaza Strip on Tuesday, the highest level of arson balloon attacks ever.

The arson attacks continued Wednesday, with several of the balloons landing inside communities, causing a fire inside Kibbutz Yad Mordechai.

In response, the IDF has carried out several strikes against Hamas targets in the Strip, the latest on Tuesday night, and earlier in the day, Israel shut down the Kerem Shalom cargo crossing into the Gaza Strip following the incessant stream of arson balloon attacks.

The arson attacks have ignited fires mostly in open areas, but no one was injured in the attacks and no damage to property was caused.

However, since Hamas launched a campaign of arson terrorism against the Jewish state in the summer of 2018, thousands of fires have burned some 10,000 acres of land, destroying nature preserves and natural habitats and causing millions of dollars of damage to Israeli farms.

Nearly half of JNF forests and almost a quarter of Israeli nature reserves near Gaza have been consumed by fires ignited by Hamas. 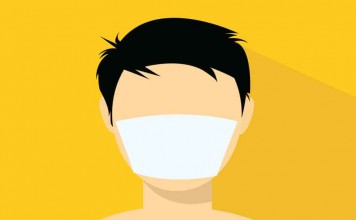 Point / Counterpoint: To Mask Or Not To Mask