Children approximately age seven or eight years old were playing outside when they noticed the smell of smoke and fire, and began to yell for help. A counselor at the scene immediately came to gather the children and quickly guided them into the bomb shelter on site.

Kids should play with balloons, not have their lives threatened by them pic.twitter.com/xtZGH5KtIe

“Hamas has been using kites and incendiary devices to terrorize Israelis for months,” the IDF Spokesperson pointed out in a statement.

Some 8,000 acres of land have been burned to the ground in southern Israel by Hamas arson attacks since March — an area the size of more than eight Central Parks.

“Yesterday a falcon was sent to Israel, with flammable material tied to its leg…. This must end,” the IDF said.

“Children should play with balloons, not have their lives threatened by them.” 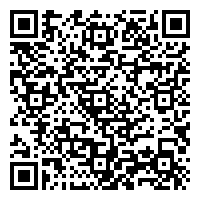