Labor Party Chairman Avi Gabbay on Saturday night attacked the government’s conduct in the last round against Hamas in the Gaza Strip.

Speaking to “Meet the Press” host Rina Matzliach on Israel’s Public Broadcasting Corporation, Gabbay sharply criticized Defense Minister Avigdor Liberman and called on him to resign: “Put down the keys, that’s it, you failed in your job,” he said, referring to the DM.


“First of all, our hearts are with the citizens in the Gaza periphery,” Gabbay said. “I visit a lot the Gaza envelope settlements, and I see people who have simply been returned to being the border outposts of the 1950s. It’s just incomprehensible to me. We must not allow this to continue.”

Gabbay also attacked Prime Minister Netanyahu, whom he claimed had failed in the confrontation with Gaza: “Our prime minister has been in office for a decade, a decade during which has not succeeded in solving this problem. We’ve gone through two wars and now we’re in this situation. He can’t solve the problem, which means that he won’t be able to solve it in the future.”

The Labor chairman slammed Defense Minister Liberman, saying he was not the right person for the job. “First of all, I would appoint a defense minister who fits this job,” Gabbay said. “It cannot be that in the State of Israel this is our defense minister. I call on both the Prime Minister and on Liberman: go home. You failed in your job, this can’t go on.”

“Three people sit there in the cabinet: Bennett, Netanyahu and Liberman, and they are constantly engaged in their political squabbles,” Gabbay continued. “You see that after each cabinet meeting, decisions are not made, and the only thing that is decided are press releases.”

Liberman’s Yisrael Beiteinu issued a response, saying: “Mr. Gabay’s desperate efforts to stop his own removal from the Labor Party leadership, efforts that are destined for failure, lead him to losing his faculties. It is better that at this time he will rise above his own lack of experience and salute the fighting forces guided by an experienced and responsible political echelon.” 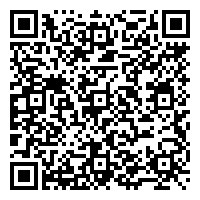