The IDF on Thursday marked the Memorial Day for 173 fallen soldiers whose burial place is unknown, which is commemorated annually on the seventh of Adar.

The seventh day of the month of Adar in the Jewish calendar marks the traditional date of the death of Moses, whose place of burial is unknown.


Linking Jewish present to past, Israel has instituted a memorial ceremony on this day for IDF soldiers who have not yet been brought to burial. The memorial takes place at Mt. Herzl Military Cemetery in Jerusalem.

One of these soldiers who has yet to be properly buried in Israel is Lt. Hadar Goldin.

Goldin, of the elite Givati Reconnaissance Unit, was killed and abducted by the Hamas terror group during a battle with terrorists during Operation Protective Edge in the summer of 2014. Two other IDF soldiers also died in the incident. The battle ensued hours after a UN-sponsored ceasefire came into effect.

Goldin was 23 when he died in battle.

Hamas, which rules Gaza, is believed to be holding his remains, as well as those of Oron Shaul, another IDF soldier killed during the 2014 summer war.

Goldin’s parents have since been vocal advocates for the release of their son’s remains and have repeatedly demanded that the Israeli government tie any humanitarian aid to the Gaza Strip with the release for their sons’ remains.

Speaking to TPS on this emotional day, Leah Goldin, Hadar’s mother, rejected the notion that her son should be placed in the category of the IDF soldiers whose burial place is unknown, and instead emphasized that her son was abducted, not missing.

While noting the significance of the day, she said that the events marked on the seventh of Adar did not pertain to the Goldins, and a source of their pain and frustration emanates from the fact that Hadar is thought of as a missing soldier and not an abducted one.

She said that Hadar’s whereabouts are not unknown – Hamas has him, and is responsible for him.

She noted the position expressed by Professor Irwin Cotler, former Minister of Justice and Attorney General of Canada and an international human rights lawyer, who has charged Hamas with a standing violation of international humanitarian law over its denial of information about the soldiers’ fate.

He further underscored that Hamas’ refusal to repatriate the remains of murdered soldiers is itself an egregious violation of the most fundamental principles of human rights and human dignity that underpin humanitarian law.

Leah also expressed her pain, anger and frustration with the Israeli government, and specifically Prime Minister Benjamin Netanyahu, who has been funneling millions of Qatari dollars to Hamas in Gaza, without conditioning it with the return of the soldiers’ remains.

She says that based on her meeting around the world, she knows that Israel could have made this demand and would have received a positive response, but did not do so.

Seemingly responding to these charges, Netanyahu stated during the IDF ceremony at Mt. Herzl that Israel has “an endless commitment to return the boys whenever there is a chance. This is a moral duty that is imbued within me, in the members of the defense establishment, in the commanders and soldiers of the IDF, in our people, and we entrust this matter to professionals. We allocate a lot of resources to the subject and we are assisted by foreign countries and other governments.”

In the list of missing soldiers, he included all soldiers from the War of Independence to the present, as well as Oron Shaul and Hadar Goldin, whom he mentioned by name.

“We will continue and will not let go of the activity in these areas,” he vowed.

Goldin reiterated her rejection of the notion that her son was an MIA, saying that it was a problem generated by the establishment which officially placed him in this category in the first place. “It’s a lie,” she charged. “Its not correct and I don’t want to be in this category.”

She was not a bereaved mother, but one held in captive, she asserted.

“We must return the boys home,” she demanded of the Israeli government, highlighting the value of camaraderie, a fundamental value in the IDF on which she said she was brought up and on which she has educated her children.

“Our boy is being held captive, and on this day I say: we must return Hadar,” she concluded. 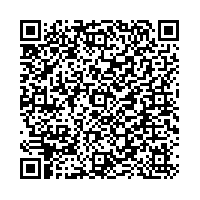