The head of the IDF military intelligence corps, Major General Tamir Haiman, on Wednesday told the Intelligence Heritage Center conference in Glilot, near Tel Aviv, that Hamas is greatly deterred from a war with Israel and is interested in a deal for modus vivendi.

“They have a growing sovereign commitment that creates tensions within the identity of Hamas,” he said.

Regarding the Islamic Jihad, Heiman said that it is “coordinating with Hamas at some level,” but, nevertheless, “its explosive potential is high.”

On Lebanon, Heiman said it is “under American pressure,” which he believes “prompted [Hezbollah Secretary General Hassan Nasrallah] speech to make statements about his missile precision project.”

In a statement that should bring a great sense of relief to Israelis, the intelligence chief said, “We know the project as well as he does, and perhaps even better in some cases. Its accuracy is not operational.”

Haiman, 50, graduated from the Interdisciplinary Center for Command and Staff, and holds a BA in Political Science and Economics from Bar-Ilan University, and a master’s degree from the National Security College and the University of Haifa. He is married and has two children and lives in Bat Hefer, east of Netanya. His brother is Judge Avraham Heiman of the Tel Aviv District Court.

Heiman noted that “cyberspace has become the main data collection unit of the intelligence branch. [We’ve reached] fantastic core information we never imagined we would reach via cyber.”

On Iran, the head of Military Intelligence said that its consolidation in Syria had slowed down, “because of the multi-dimensional pressure we have exerted and kinetic operations.”

He noted that “the motivation [to harm Israel] still exists, but there is a slowdown and Iran is searching for other locations – for example, the Iraqi theater.”

On the situation in the Palestinian Authority, the head of Military Intelligence pointed to some deployment at the field level in anticipation of the day after Chairman Mahmoud Abbas.

“Although there is motivation to carry out attacks, due to the capable operations of the security forces, the effective security coordination, and the acceptable economic situation – the flames remain under control,” he said. 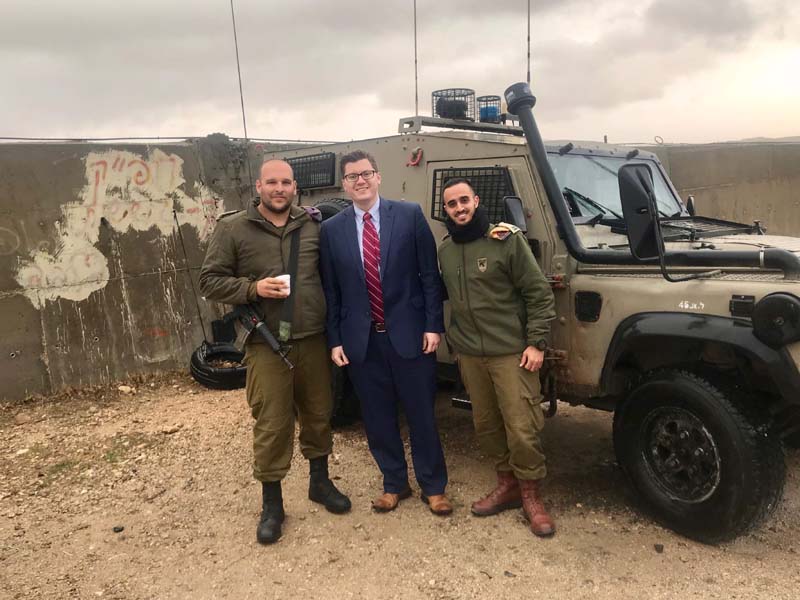