Following a situation assessment that took place Friday afternoon at the IDF Kirya Headquarters in Tel Aviv, Prime Minister Benjamin Netanyahu said in a statement, “I said that we would strike Hamas and the other terrorist organizations very hard – and we are doing just that.”

The current military Operation Guardian of the Walls is far from over, Netanyahu said, adding that there is nowhere left for Hamas terrorists to hide, not even underground.


“In the last 24 hours, the IDF attacked underground targets. “Hamas thought that it could hide there but it cannot hide there. Its senior officials think that they can flee from our strikes — they cannot flee. We will reach them everywhere, all of these people, and we will continue to do so.”

Some 2,000 rockets have been fired at Israel from Gaza since the start of the escalation that began Monday evening. Among the targets struck Friday by IDF combat pilots was the Antaj bank building in the Rimal neighborhood of Gaza City, which was completed destroyed.

Netanyahu commented that the terrorists had attacked Israel on the holiday of Jerusalem day, attacking the capital and launching missiles at Israeli cities. In response, he said “They are paying, and will pay, a very heavy price for this. This is not yet over. We will do everything to restore security to our cities and our people.”

“They have upheld our natural and self-evident right to defend ourselves, to act in self-defense against these terrorists who both attack civilians and hide behind civilians,” Netanyahu said. “This will not help them and we will continue to take action.” 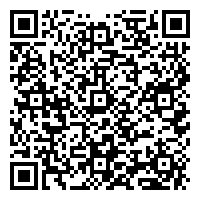