According to an IDF update at 7:45 AM, 45 rockets were fired at Israel between midnight at 5:30 am Wednesday morning, in bursts of rocket fire that went silent for brief periods and then appeared to be reinvigorated with fresh determination to continue the conflict at all costs.

The Iron Dome anti-missile defense system was activated seven times to respond to projectiles whose trajectory indicated they were headed straight for populated centers. All were successfully intercepted by the Iron Dome missiles; each interceptor missile costs $50,000. The rockets were fired at Israel from positions in both northern and southern Gaza. Other rockets fired at Israel landed in open areas. No injuries were reported.


But the number of Code Red incoming rocket alarms triggered across southern Israel was staggering, sending hundreds of thousands of people racing into bomb shelters, many of them repeatedly throughout the night.

“The Hamas terrorist organization is responsible for all events that transpire in and emanate from the Gaza Strip and will bear the consequences,” the IDF Spokesperson said.

Several of the rockets failed to clear the border and landed instead within Gazan territory, according to local sources. Some exploded in open areas. No injuries were reported.

The Code Red incoming rocket siren was triggered the first time at 1:14 am in the southern Israeli community of Kerem Shalom, near the land crossing with southern Gaza bearing the same name.

Once more parents struggled to open their eyes, pull children from their beds and race for cover — all within the brief 15-second window in which rockets, missiles and mortar shells easily reach the Jewish communities located along the Israel-Gaza border.

The next sirens soon followed at 1:26 am. Employees working the graveyard shift in the Ashkelon Industrial Park and residents of the Ashkelon Coastal region all heard the wailing Red Alert siren warning them to hurry into their bomb shelters. So did residents of Yad Mordechai, Carmiya, Zikkim, Netiv Ha’Asara and Lachish. And then others, throughout the western Negev, deep into the night. 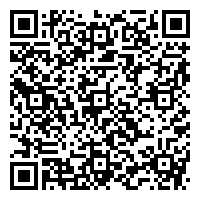