Gaza terrorists launched a rocket attack at southern Israel at around 9 pm on Tuesday night.

At least one rocket is believed to have exploded in an open area in the Ashkelon Coastal Region. The second rocket may have landed in the waters of the Mediterranean Sea, just outside the port city of Ashkelon itself.


“A short while ago, a projectile fired at southern Israel hit an open area in the Hof Ashkelon Regional Council,” said a spokesperson for the IDF. “No injuries have been reported. Forces are searching the area.”

Senior officials from the international headquarters of the Hamas terrorist organization have been visiting in Tehran since last week, where they attended the inauguration of President Hassan Rouhani for his second term as Iran’s incumbent president.

A few days earlier they met with an Iranian foreign ministry official in Beirut. 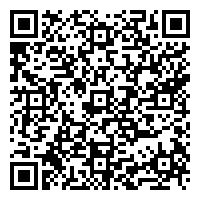