The Gaza-Strip based terror organizations on Friday launched another rocket toward Israel, but the rocket hit a residential building in Beit Hanoun in Gaza, which happened to be the home of a terrorist from Gaza, the brother of Hamas spokesman Mushir al-Masri.

“They are destroying the future of Gaza residents with their own hands,” the Coordinator of Government Activities in the Territories, Maj.-Gen. Yoav (Poli) Mordechai, addressed the residents of Gaza on his Facebook page.

In the post, headlined, “Rocket-propelled grenade fired a short while ago from the Gaza Strip to Israel hit home in Beit Hanoun,” Mordechai laments: “Once again, the terrorist organizations fired a number of rockets at the Gazans themselves. Only a few days ago, an educational room at the Ghazi Shawa public school was demolished in Beit Hanoun. This evening, in another incident, the home of the al-Masri family from Beit Hanun was severely damaged by a shell fired by terrorist operatives from Gaza.”

“The terrorists in Gaza confirm unequivocally what we repeat: they destroy the future of the Gazans with their own hands,” the post concluded. 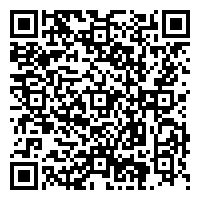