After a hail of large-caliber bullets struck the southern Israeli city of Sderot on Monday night, Sderot Mayor Alon Davidi said it’s time to make it clear to Hamas that Israel’s rule for dealing with heavy machine gun fire is the same as that for dealing with rocket attacks.

Davidi said that the city has made all the necessary preparations to deal with what is fast becoming the newest threat from Gaza’s ruling terrorist organization after the second attack in as many weeks struck the Gaza Belt community.


“Unfortunately, we’re already familiar with the threat of machine gun fire from Gaza,” said Mayor Alon Davidi. “Hamas is trying in every way to disrupt our routine and to interfere with our serenity. [But] we will not allow this to continue, and we’ll continue to carry out our extensive preparations for this summer’s events.

“The municipality is prepared, and in the event that they’re needed, the assistance and resilience centers are located and ready in the various neighborhoods. Should aid or treatment be required for any of our residents, it will be provided immediately,” Davidi said.

“I am also convinced that our defense minister and the IDF chief of staff will not ignore this grave incident, and will respond with strength in Gaza.

“The rule for a bullet is the same as that for a rocket,” the mayor said. 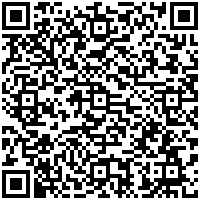