The residents of southern Israel once again spent their day on alert and chasing fires from one end of the region to the other, in between listening for the sound of the Code Red incoming rocket siren warning them to run for cover. And run they did in the late afternoon, when Hamas launched another attack. This time, the projectile barely missed a cow shed.

That came after a day in which firefighters had already fought a dozen fires in the region, and the end of a grim week in which each day was pretty much the same story.

Israel is also battling hundreds of fires, but not because of drought pic.twitter.com/uo2xyQ7lQ4

The Hamas leadership promised earlier this week to end the arson attacks against Israel — and the rocket, missile and mortar attacks — in exchange for an end to IDF attacks. The ceasefire deal was arranged through Egyptian channels in Cairo after a weekend in which Hamas launched at least 200 projectiles at southern Israel.

At the start of this week Hamas had already started 1,000 arson attacks against Israel since March, destroying nearly 8,000 acres of land region-wide and reaching well over $2.1 million in damage to agricultural and industrial equipment.

With forest fires having been reported by CNN in Sweden, Finland, Norway and Russia “amidst record-breaking temperatures,” somehow the 8,000 acres of forest, park and farmland blackened across Israel’s southern region by daily arson attacks still escaped the new agency’s notice.

On Twitter, the IDF Spokesperson called attention to the lapse with video footage of the unending arson attacks being started by incediary balloons and kites flown across the border from Gaza to the Jewish State.

“Israel is also battling hundreds of fires,” the IDF Spokesperson wrote pointedly, “but not because of drought.” 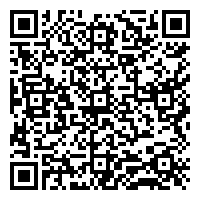