At the end of a tense Friday and Saturday during which more than 11 rockets were fired at Israeli civilian settlements near the Gaza Strip, Israel’s security apparatus is preparing for renewed rocket fire, possibly with an extended range of the launches to additional areas. This despite the official assessment that this round of fighting is over.

As of Sunday morning the relative quiet in the south is being maintained, and the government’s guideline for residents of the Gaza envelope and beyond is that life can return to normal. However, the Air Force and the rest of the IDF are still on high alert, with adjustments to the air defense system as well as air and ground forces, in view of the possibility that the situation would escalate.


In response to the rocket fire from Gaza, the IAF on Saturday morning attacked a string of Hamas terrorist targets (See: Israel Retaliates for 10 Rockets Shot at Sderot; One Gazan Killed).

Israel’s defense establishment believes that despite the IDF spokesman’s announcement that it sees Hamas as being responsible for the attacks, it was actually carried out by the Islamic Jihad. The Israelis believe the launches were contrary to Hamas’s current policy, which is not interested in an escalation, But Hamas lacks the power and inclination to take on the Islamic Jihad.

On Saturday, the Arab newspaper al-Quds reported, citing Gazan sources, that the Islamic Jihad was behind the rocket launches, in retaliation for past Israeli shooting at border fence demonstrations. Both Israel and Egypt place the real responsibility for Friday’s missile attacks on Baha Abu al-Ata, commander of the Jihad’s northern brigade. The Israelis describe him as a local bully who rose to prominence recently and uses the occasional attacks on Israeli civilians to consolidate his own status in the Gaza Strip, both against Hamas and against his internal rivals inside the Jihad.

On Friday he had no valid reason to attack Israel, since Friday’s border fence demonstrations had gone unchallenged by Israeli gunfire and there were no casualties.

According to al-Quds, Israel sent warning messages to Gaza through Egypt saying it would not allow the missile launches to continue. Egyptian intelligence officials delivered a stern message to the Islamic Jihad leadership to prevent a further escalation.

But according to the news website Dunia al-Watan, reports that terrorist organizations in Gaza have sent messages to the Egyptian mediators they intend to defy Israel’s demand to avoid violence during its coalition crisis. They said they had no intention of being “prisoners of the Israeli elections.”

Absorption Minister and Member of the Political-Security Cabinet Yoav Galant (Likud) told Reshet Bet radio Sunday morning “there will be no choice but to reach another round of violence in the Gaza Strip.”

Galant added: “We will decide the timing and the conditions, and will unleash a broad campaign whose results will be very painful to Hamas.”

Prime Minister Benjamin Netanyahu consulted throughout Shabbat with the heads of the defense establishment. On Sunday at 1:30 PM, the ministers of the political-security cabinet will gather to discuss the latest developments.

Sderot Mayor Alon Davidi issued a statement Saturday night urging the political echelon to embark on a widespread operation in Gaza to curb its continued threats. Unsatisfied with the IDF’s Saturday’s attack, he stressed: “We live in this reality of routine emergency for close to two years, and it should have been ended long ago, through a widespread military operation in the Gaza Strip, including the assassination of the Hamas leaders.”

Netanyahu’s rival inside the Likud, MK Gideon Sa’ar, tweeted: “The response to the fire at Sderot and its residents should be far more acute than what has been done.” He added: “Israel’s goal should be to dismantle the military infrastructure of Hamas’ and Islamic Jihad in Gaza. This is one of the significant reasons why it is necessary to end the political crisis as soon as possible and establish a broad national unity government.” 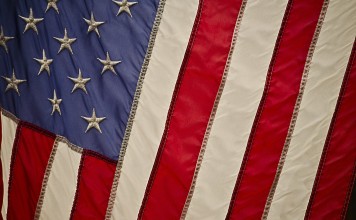 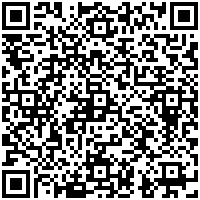