The Gaza Division of the Israel Defense Force has a special unit dedicated specifically to the detection, mapping and destruction of terrorist tunnels.

Within that division, a unique technological laboratory was established two years ago under the command of Captain B, a trained electrical engineer and chemist.

Five terror tunnels have been detected and neutralized within as many months. The lab has received a certificate of excellent from the Head of the Technological Brigade in the IDF Technology & Logistics Branch.

“We have the ability to create a match between the technology and the operational need for the combat soldier in the field,” says Laboratory Commander, Captain R.

Captain B works together with top researchers and technical personnel in the fields of physical science, including physicists, engineers, geologists and intelligence personnel from the Technology and Logistics Branch. Together they have created a laboratory that uses innovative ground research to scan the earth, its orifices and dynamics, to probe its secrets and determine where terrorists are tunneling below.

The lab is also working on improving existing technologies as well as developing new ways of discovering what lies beneath the surface, and methods of mapping the dynamics below.

Once a terror tunnel is detected, it’s tracked and monitored closely and it is neutralized. 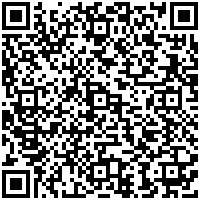