IDF Chief of Staff Lt. Gen. Benny Gantz, speaking Tuesday morning to new recruits of the K’fir Division, referred to Israeli military action during the escalation of hostilities in the south, emphasized that “in the current round of fighting we are yet to have used even one thousandth of our power.”

(Some of the residents of Israel’s southern towns might be asking why the IDF could not have increased its use of power by two or three thousandths, to shorten their three days of suffering.)

The Chief of Staff suggested the next stage depends completely on the activities of the terror groups. “We are following events in Gaza, and if the terror organizations will really stop shooting, the IDF will respond accordingly,” he clarified. “Quiet will be answered with quiet, but if it gets noisy in the southern settlements, it will be noisy in Gaza as well.”

Gantz spoke at some length about the killing of the Secretary General of the Popular Resistance Committees by the AIF last Friday. It was that killing which had started the current round of fighting. “We  acted to stop an event which could have had strategic ramifications. Warnings regarding that events are still pending,” he said.

“Over the past three days 26 people were killed on the other side. To my regret, four of them were not terrorists but happened to be near the fighting,” Gantz said. “We try everything in our power to hurt only those who should be hurt,” the Chief of Staff insisted. “The dead bystanders were killed as a result of the fact that our enemies are operating from within the civilian population.”

Speaking to the future warriors, Gantz emphasized: “You are not killers. You should be proud about becoming warriors, and don’t forget for even a moment that you are people who hold on to high values, trustworthiness and the purity of your weapons.” 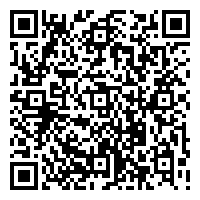