Ynet on Tuesday morning added a bit of hype to a statement made by the deputy head of the Civil Administration, Colonel Uri Mendes, at a meeting of the Knesset Foreign Affairs and Defense Committee, suggesting there are about 5 million Arabs registered in Judea and Samaria and Gaza, not including eastern Jerusalem. It is difficult to accept these figures, not because they are necessarily wrong, but because the last time a proper census was conducted in those three areas was many decades ago.

Ynet then added, creatively, that since, according to the Israeli Central Bureau of Statistics (CBS) for 2016 there are approximately 6.5 million Jews and 1.5 Muslims (give or take), then, altogether, there are equal numbers of Jews and Arabs in the area between the Jordan River and the Mediterranean: 6.5 million each.


See, if those figures were real then the most fundamental argument for the 2-state solution has just received the boost of a century, the argument that is as old as the Oslo accords: Israeli Jews must allow for a Palestinian State, or risk becoming a shrinking minority in their own country and would have to resort to apartheid tactics to maintain the Jewish character of Israel. Under these demographic circumstances Israel won’t be able to remain both Jewish and Democratic – give away those “occupied territories” while the giving is good.

Committee Chairman MK Avi Dichter (Likud) inquired about the veracity of these figures and Deputy Coordinator of Government Activities in the Territories Brig. Gen. Guy Goldstein said they came from the PA, which claims that according to its census the number of Arab citizens in the PA stands at 3 million.”

Dichter responded that a demographic growth from one to three million in 25 years should be entered in the Guinness Book of World Records.

But MK Tzipi Livni (Zionist camp) responded in a tweet: “If we don’t wake up from the delusions of annexation, we will lose the Jewish majority. It’s simple.”

To which MK Yehuda Glick (Likud) responded: “Building theories on the basis of this data is about the same as believing that the Oslo process will bring peace, or that Peres is still leading in the polls, or that the Zionist Camp, under Herzog’s leadership is going to form a government. These are beliefs that, unfortunately, time and time again, are slapped down by reality and facts.”

Incidentally, the CIA World Factbook on the Palestinian Authority has under “Migration Rate” the following figure: “0 migrant(s)/1,000 population (2008 est.). It means no Arab has left the PA in search of a better future. Now we have to question whether the folks in Langley, Virginia read that which they publish.

Ambassador (ret.) Yoram Ettinger, in “Second Thought: a US-Israel Initiative,” March 2018, suggested that more than 400,000 overseas residents – away for more than a year and mostly from the PA – are included in the census of Palestinian Central Bureau of Statistics (PCBS).

Then there are 330,000 Jerusalem Arabs, who possess Israeli ID cards and are counted twice: as Israeli Arabs by Israel and as PA Arabs by the PCBS.

Add to that more than 100,000 non-Israeli Arabs who married Israeli Arabs, received their Israeli citizenship and are also counted twice.

So far, Ettinger has eliminated 1 million from the mythical 6.5 million Arabs between the river and the sea. But wait, there’s less:

While the PCBS claims zero net-migration, there has been a documented net annual Arab emigration from Judea and Samaria since 1950, trending upward since 2000 – to 20,000 annually in recent years.

The PCBS under-reports deaths. Their registry includes Arabs born anywhere from 1845 to 1877 – who miraculously never died. It’s Shangri La over there. Someone (perhaps the CIA) should look in the books and figure out how many dead Arabs are walking among us (beware your brain). The PCBS has been so openly ridiculous in that department, that following the 2008-9 clash with Israel, they reported 1,900 deaths in 2009, 1,391 of whom were casualties of the war.

Add them up and you’ll find 4.85 million Arabs and 6.5 million Jews. Crisis averted, Israel has plenty of time to come up with good, reasonable solutions as to how to reduce the Arab population, including encouraging immigration. There can also be a path to Israeli citizenship, or a limited, demilitarized Arab autonomy. It can all be done well with one Israel from the Jordan Valley to the golden beaches of Netanya. 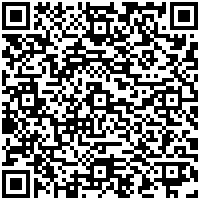