IDF Major-General Yoav Mordechai told Arab viewers in a live broadcast on his Facebook page Sunday that he believes in “real reconciliations, not fake ones.”

The Coordinator of Government Activities in the Territories (COGAT), Mordechai spoke in Arabic, and responded to questions in Arabic from viewers in Judea and Samaria, Gaza and elsewhere in the Arab world.


Mordechai said long and difficult conflicts can only be solved through dialogue, and spoke about the current reconciliation process taking place between the Palestinian Authority’s leading Fatah faction and Gaza’s ruling Hamas terrorist group.

“Will Hamas indeed disengage from Iran, and from terrorism?” he asked.

“Given the pace of the visits by Saleh al-Arouri (ed: Hamas politburo deputy chief) to Tehran and to the Dahiya section (ed: Hezbollah stronghold) of Beirut last month, I doubt it,” Mordechai commented. 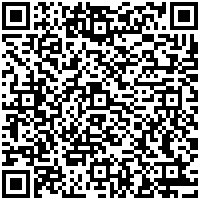