Defense Minister Naftali Bennett has instructed the Coordinator of Government Activities in the Territories, IDF General Kamil Abu Rukon, to immediately stop importing agricultural produce from the Palestinian Authority into Israel, according to the Hebrew-language 0404 military website.

Bennett’s decision came after months of repeated attempts by the defense establishment to resolve a problem between cattle breeders in Israel and the Palestinian Authority, which resulted in “severe and ongoing damage to the cattle breeders sector in Israel, and the collapse of hundreds of farms” in the industry.

The Palestinian Authority has continued to restrict trade from Israeli growers while significantly reducing its volume of imports.

As a result, Bennett finally instructed Abu Rukon on Friday to implement the directive, which takes effect at 6 am this Sunday (Feb. 2). 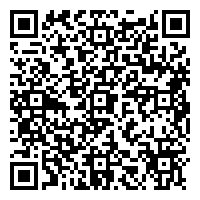