A new set of good will gestures proposed by Prime Minister Benjamin Netanyahu for the Palestinian Authority was approved Sunday by Israel’s Security Cabinet, a day ahead of the first visit to Jerusalem ever by a sitting U.S. president.

On Monday, President Donald Trump and First Lady Melania Trump will arrive just after 12 noon in Air Force One at Ben Gurion International Airport, together with a large group of top U.S. administration officials.

On the list were increasing the number of construction permits for Palestinian Authority citizens to build in Area C; opening of the Allenby border crossing between Israel and Jordan 24 hours a day, and establishment of an industrial zone in Tarqumiya (west of Hebron) and Jenin. 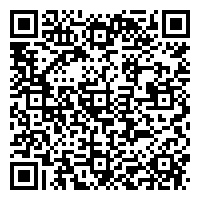