The State of Israel may have been reborn in 1948, but its origins and moral claim to the Land date back to the Bible, not Google, says an Israeli government minister.

“The most important thing is the moral claim of Israel,” Communications Minister Tzachi Hanegbi told participants at “Celebrate 50 Years of Rejuvenation in Judea and Samaria,” an event marking the restoration of the territories to Israel in the 1967 Six Day War.


“We need to get to a million settlers in Judea and Samaria – with a U.S. Embassy in Jerusalem. We need to think of new ways of thinking that will include Judea and Samaria under Israeli sovereignty forever. We’re committed to go forward with living in our ancient land, land that was given us not by Google and Wikipedia, but by the Bible; King David, King Saul, King David, King Solomon, Abraham – and this is the right [and] we’re going to demand our right forever and ever,” said Hanegbi, according to Breitbart News.

The event, which celebrated the half-century mark since the defensive war fought by the Jewish State, was attended by Deputy Foreign Minister Tzipi Hotovely, Israeli Consuls General, Jewish community leaders from Judea and Samaria and some 350 AIPAC conference participants.

“It was a just war. It is a just defense. But the most important one, it was based on a just claim,” Hotovely said. “A just claim of the Jewish people on [the Biblical areas of] Beit El, Shechem, Jerusalem and Hebron… Let me tell you something, if those places are not Jewish, who can tell me that [the modern cities of] Herzliya, Rehovot, Rishon Lezion and Tel Aviv are Jewish,” Hotovely said.

“I always say that the occupation is a myth, because we never occupied other people’s land. [Judea and Samaria] is Jewish land. This should forever be a Jewish land under Israeli law.”

She was backed up by Housing and Construction Minister Yoav Galant, a member of the Kulanu party.

“For us, Judea and Samaria is Israel.” He added that control of Area C, the West Bank territory under Israeli civilian and military rule in which both Palestinians and Jewish Israelis reside, is essential for Israel’s continued security. 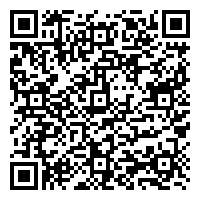