As the British city of Manchester reels from the terrorist atrocity inflicted at the Manchester Arena, two Muslim leaders presented as voices of coexistence have instead allegedly been found to have sent anti-Semitic tweets, according to the Campaign Against Anti-Semitism, an NGO supported by “the full cross section of Jewish denominations in Britain” which exists to “research, education about and combat anti-Semitism.”


Fawzi Haffar and Dr. Siema Iqbal have been presented as local Muslim leaders in Manchester who speak out firmly against extremism, but according to a collection of tweets brought to light by Manchester-based North West Friends of Israel, both Mr. Haffar and Dr. Iqbal eschew their moderate messages when it comes to Jews.

Mr. Haffar is a trustee of Manchester Islamic Center, known as Didsbury Mosque, where the terrorist who committed the atrocity in Manchester on Monday night is said to have prayed. Mr. Haffar told the media in a widely-broadcast public commemoration of the victims of the attack that the center caters to people of “all backgrounds and faiths, from our food and clothes banks, to all our inter-faith dialogues.”

Mr. Haffar’s tweets convey a very different message when it comes to Jews, however.

In one tweet from 2014, he told another Twitter user (who has been suspended): “You are so ignorant!!! Your time will come and if you are a #Zionist then I know you will be gone”.

Minutes later he tweeted: “You killed our #prophet Jesus and pretend you are our friends, you #ZioNazi are baaaaaaaad”. Screenshots provided by North West Friends of Israel showed further anti-Semitic tweets which appear to have been posted by Mr. Haffar, the Campaign Against Anti-Semitism reported.

Under the International Definition of Antisemitism, “Using the symbols and images associated with classic anti-Semitism (e.g. claims of Jews killing Jesus or blood libel) to characterize Israel or Israelis” is anti-Semitic, as is “Drawing comparisons of contemporary Israeli policy to that of the Nazis.”

Dr. Iqbal is a general practitioner who has written for The Guardian and The Huffington Post. In 2015, she presented herself as a voice of mainstream British Muslims whilst attacking then-Prime Minister David Cameron’s counter-extremism policy in The Guardian, writing: “For the first time in my life I feel like I don’t belong. British Muslim communities have so many worries about your plans to tackle extremism, so why don’t you communicate with us?”

In a more recent article in the Middle East Eye blog, she harangued Prime Minister Theresa May: “This isolation is the real driving force behind radicalization and, until these issues are addressed, I feel you will continue to fuel radicalization and the so-called ‘war on terror’ will never be won.” In an interview for Channel 4 following the terrorist attack in Manchester, she said: “We grieve together and we will rebuild Manchester together.”

But Dr. Iqbal’s views about Jews are different. Screenshots provided by North West Friends of Israel seemed to show her re-tweeting an anti-Semitic Twitter account called “Bob Kostic” in August 2014. In reference to the conflict between Hamas terrorists and Israel, the tweet allegedly said: “Truce in Gaza? Don’t you believe it! The Jews are shopping around for cheaper bombs. #FreePalestine.”

According to North West Friends of Israel, she also tweeted the very same image calling for Israelis to be transported to the United States that resulted in the disgrace and suspension of MP Naz Shah from the Labour Party. At the time, she was one of the leaders of protests against a shop selling Israeli products where protesters were arrested on suspicion of hate crimes on more than one occasion, with Greater Manchester Police even having to invoke powers under Section 14 of the Public Order Act 1986 to place limitations on the protest, which can only be used when there is a likelihood of “intimidation” or “serious public disorder, serious damage to property or serious disruption to the life of the community”.

Gideon Falter, Chairman of Campaign Against Antisemitism said: “It is vitally important that communities stand together in the aftermath of barbaric acts of terrorism, but we must also ensure that imposters are not mistaken for voices of peace and given a platform. If true, these allegations show that Mr. Haffar and Dr. Iqbal are not moderate in the slightest when it comes to Jews, and they could not be worse ambassadors for coexistence. Anti-Semitism is often the gateway to extremism and those who espouse it must be ostracized, not presented as voices of peace.”

Since the attack, social media has been rife with conspiracy myths alleging that a Jewish plot was responsible for the atrocity.

Mr. Haffar and Dr. Iqbal have not yet responded to Campaign Against Antisemitism.

@70virgins1 …..do you not mean camels ? you are so ignorant !!! your time will come and if you are a #Zionist then I know you will be gone 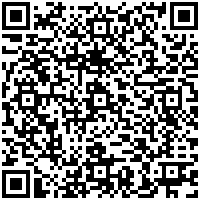