Crowds of protesters in Iran, which used to chant “Death to Khamenei” and “Down with the dictator,” have moved up earlier this month, to chanting “Death to Palestine!”


As Sohrab Ahmari tweeted: “”Death to Palestine!” Not to Israel. Not to America. But to Palestine,” to which he added, “Hamas and Hezbollah and Palestinian Jihad can kiss their Iranian funding goodbye if the regime falls.”

Former GW Bush press secretary Ari Fleischer tweeted: “To reporters everywhere: Please pay attention to what is happening in Iran now. I know foreign bureaus are almost non-existent these days, but keep a close eye on this story – and report it.”

With that kind of pressure, how could we not.

Opposition website Iran Wire reported Monday that protests have broken out across Tehran in response to rising prices and the sharp fall in the value of Iranian currency.

“The unrest started on Monday morning in Tehran’s Grand Bazaar and soon spread to southern and central parts of Tehran. And there were reports that bazaar traders in the cities of Shahriar in Tehran province, Ahvaz in Khuzestan and Qeshm Island in the Strait of Hormuz have also gone on strike and staged protests.”

“In Tehran, riot police fired tear gas to disperse the crowds as people headed toward the Iranian parliament. Witnesses posted videos on social media showing the harsh police action against the demonstrators, as well as protesters setting police motorcycles on fire,” Iran Wire reported, noting that “traditional Tehran bazaars have always been considered a bastion of support for the Islamic Republic and its authorities.”

Not any more, apparently.

The Rial exchange rate for Tuesday morning dropped to 86,000 IRR per one US dollar, down from 60,000 in the spring.

The government is blaming consumers’ increasing demand for hard currency for this collapse of the national coin, suggesting enemies of the state of smuggling goods in order to distress the economy. Back in May, Tehran implemented harsh economic policies, banning all currency trade outside the banking system, promising to punish any Iranian caught with more than 10,000 euros, and shutting down currency exchange outlets.

This means Iranian exporters and importers can only conduct transactions through the Central Bank of Iran, using official exchange rates, which, of course, is a recipe for spectacular failure. 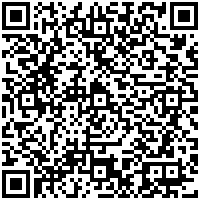