Drivers in Judea and Samaria will soon begin to notice a variety of letters in English on the license plates of Palestinian Authority vehicle and a new numbering format. The licenses will appear on new PA vehicles, and vehicles that have changed classifications.

There will be an individual number, a dash, followed by 4 numbers, another dash, and then a letter in English.


The first number is the region in which the vehicle is registered:

The letters at the end will be used to increase the numerical capacity of the licenses, and identify their classification. It appears the last position will begin the series with a number, and when those numbers are completed, they will switch to letters.

Letters A-M will be for private vehicles. N-T will be commercial vehicles, U is for motorcycles (surprisingly, not M), V will be for agricultural tractors and W is for engineering equipment such as bulldozers and cranes.

According to the licensing authority of the Palestinian Authority Ministry of Transport and Communications, one of the reasons for the introduction of the new license plate numbering and classification system is that they are close to running out of unique numbers in the Ramallah province.

Public vehicles will retain their old licensing structure, identified by the number 30, as will rental cars, which bear the number 32.

There is an alternate explanation we received via WhatsApp that says the letters will indicate the region. We believe this explanation is incorrect, but are including it below: 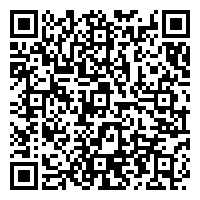